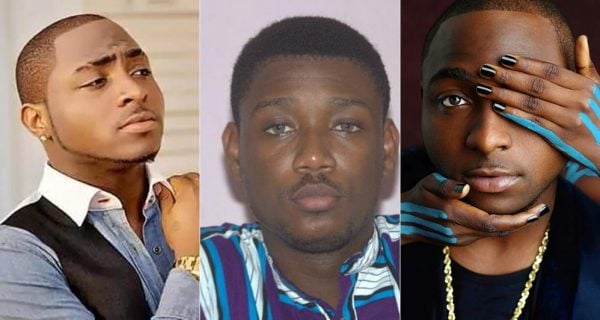 Dear Davido, God’s mercy will fall on you on one condition.

It is no more news that a certain David Adeleke loss three of his friends in quick successions, In a space of days.

This raised eyebrows and questions which is very normal. The same way eyebrows are raised when suspicion is present.

Olu’s death isn’t as disturbing as that of Tagbo who Nigerians gave the posthumous luxury of “trending” on twitter for three days straight.
Conspiracy theories are flying around like a drunk hawk. People having opinions all of a sudden. People growing clairvoyant as the clock ticks.

I have sat down and thought of Tagbo’s death. It actually reminds me of my father’s death. Till date, nobody knows the exact thing that killed my father.

My mother demanded an autopsy. I didn’t see the need for that. Spending money on things like that wasn’t what I thought of at the time.

An autopsy report won’t resurrect him.

She understood my reason and we moved on.

Everyday, it haunts us. The ignorance of his death. There wasn’t a direct suspect like that of Davido and Tagbo.

The whole world would suspect young Adeleke. If Davido wasn’t the person in this shoe, he would have suspected himself too.
This is not a case of David having enemies of progress. Far from it!

It is just something that we hold unto when there isn’t anything to hold on to anymore.

Tagbo’s family and friends are NOT wrong for accusing Davido of whatever they want to accuse him of. The have the right to. David has the right to debunk it with proofs.
Just imagine:
Davido was with him. Some reports said that young men full of life were busy competing for 200k and an iPhone if only 40 shots of tequila will be consumed.

I am sorry but they are all mad. Raving mad for allowing someone who they considered a friend to attempt such nonsense.

The bar or club should be shut down completely and the bar man should be flung behind bars for aiding the death of his fellow young man. The owner of the bar should provide CCTV footage of that evening.
Davido thought that the best thing he could do was to carry the dead body of his friend the hospital and run away.

Forgetting that he’s a star and stars don’t hide at night.

He fled forgetting that things like CCTV cameras existed.

This shows that money isn’t everything. 30 billion can’t buy sense.

He was your friend. Good!

He died out of drinking. Good!
Whatever happened to going to the morgue and keeping him there with your name since he’s your friend and “homie”
How about reporting yourself to the family and the police station?

They know he’s your friend.

Dumping him there and running Was the height of crass stupidity.

His phone is still missing until this day!

This case would have been handled well without social media hearing ‘pim’ if he had reasonable people around him. But sadly he had drunks!

Honestly, I feel for the kid. This isn’t gonna be easy for him.

Cases like this can make one lose it completely.

I hope and wish he is innocent.

God’s mercy will only fall on him if he’s clean.

To Tagbo’s loved ones, peace be upon you all.

To Davido, be strong!

Davido Goes Spiritual, As He Says Statement And Footage Will Be Released Soon