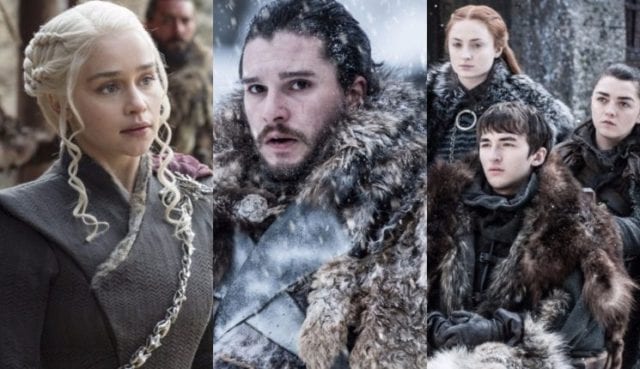 Who Will Sit On The Iron Throne?

Game of Thrones season 8 is on the final leg of its journey and here we bring some interesting leaks about the finale that has set the social media on fire. As per a leak on a Reddit thread, neither Daenerys nor Jon will sit on the Iron Throne but the leak claims that it will be Brandon Stark.

Here are some of the viral theories as per the leak that has been released:

In the last episode,  we saw Daenerys turns into a Mad Queen as she burns down Kings Landing with the help of her Dragon. As per BGR Jon goes to see Dany and informs her that Grey Worm killed the Lannisters army but she tells him that she did it to free the people. Jon tricks her and as she lets her guard down he kills her.

2. Will Tyrion survive or Die:

As per a leading publication, Tyrion and Jon will be arrested by Grey Worm. The council that is led by Sansa tell him to release Jon but he refuses to do so. Finally, Tyrion suggests a democratic vote to choose the next King who will decide their fate. They choose Bran who chooses Tyrion as his hand.

Tyrion as the Kings hand will assign Jon to join the Knights Watch to become the 1,000th Lord Commander. He will take his leave of Sansa and Arya but instead of going to the Wall will eventually reunite with Tormund and Ghost as per the latest leaks.

Sansa will stay back at Winterfell and rule over it. Arya Stark also leaves King’s Landing on a ship as she goes to explore whatever is west of Westeros because that’s where no one has ever been.

Grey Worm doesn’t bend the knee leaves with his troops and Dothraki on ships to go free Slave cities.   Tyrion, Davos, Sam, and Bronn form the council under Bran. Sam says that Drogon was seen in some location but aren’t sure. Bran just says, “ill look for him”.

What do you think of the leaked endings of the finale? Do share your views with us.

“Nobody Can Pressure Me” – Adesua Etomi Fires At Pregnancy Watchers