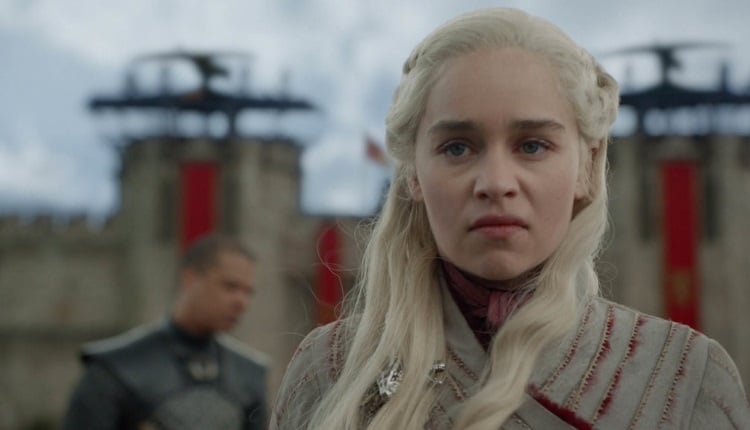 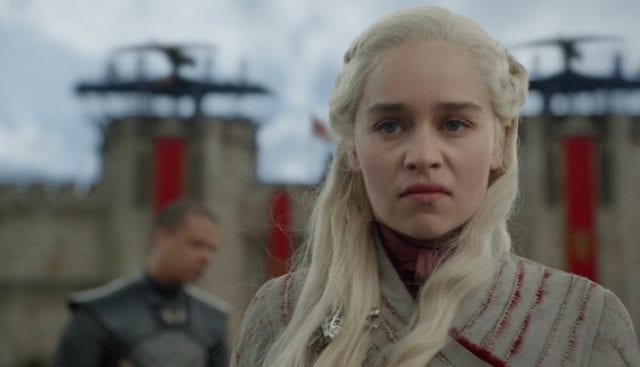 The fourth episode of Game of Throne’s final season is just aired on HBO in the United States and also in Nigeria. The episode begins with the dead bodies of Ser Jorah Morment, Theon Greyjoy and others who set aside their difference and fought and died together protecting the Kings Landing. The scene moved and Sansa Stark, Jon Snow, Arya Stark and Daenerys Targaryen is seen saying goodbye to them on a funeral pyre.

For the uninitiated, Robert Baratheon, who took the throne from Daenerys’ father Aerys II Targaryen, is dead and so are his brothers, Daenerys named Gendry, an illegitimate son, as the Lord, thereby making him an ally rather than a threat. Following the announcement, Gendry goes to Arya Stark and popped the question. However, they kissed each other but Arya refused to be the lady of Storm’s end saying that all women want to be the lady of Storms’ end but she has never been the lady.

Gendry’s sweet word, “You’ll be a wonderful Lord but I’m not a Lady. I never have been” seems to have gone in a veil. When everyone was celebrating the victory, it is Dany who declared Arya Stark the hero of Winterfell. Instead of praising Dany, people started praising Jon and described him as a true war hero making her uncomfortable.

When the crowd disbands, Daenerys goes to meet Jon Snow. They discuss Ser Jorah – Daenerys tells Jon that though he loved her but she didn’t love him back the way she loves him. Jon is once again seen refusing the iron throne and bend her knee ahead of Dragon Queen.

GoT Season 8 Episode 4: Daenerys Asks Jon To Hide The Truth

And after a brief kiss, they discuss the elephant in the room – Jon’s true identity. Jon says that Daenerys is his queen and that he doesn’t want the Iron Throne. Daenerys tells Jon that he shouldn’t tell anyone about his real name and lineage in a way to protect their relationship. He wants Arya and Sansa to know the truth as he considers them as a family.

In Game of Thrones Season 8 Episode 4, you will also witness Brienne losing her virginity and sleeps with a man (Jamie) for the first time. Later, they engage in sexual activity for many times. In the earlier season we have seen Ser Bronn was asked by Cersei to kill his brothers, in GoT S 8 Ep 4, Ser Bronn finally arrives and negotiate with Jaime and Tyrion.

In order to analyze the condition of South, Jon bids adieu to his friends (including his direwolf Ghost) in the North to march towards the South for the final battle. Tyrion discusses the “Jon secret” with Lord Varys and they both conclude that not only does Jon Snow have a better claim to the throne but people in the North will prefer Jon to be their King rather than accepting Daenerys as their Queen.

As the episode moves on Daenerys heads towards South on Dragons with Rhaegal by her side. However, even before they can enter the perimeter, Euron Greyjoy manages to kill one of the Dragons and captures Missandei, Daenerys’ closest ally, captive. Daenerys, Tyrion and Varys revise their war strategy. Tyrion suggests that they speak to Cersei to give the throne in return for their life. Daenerys thinks it’s no use, but she wants the people of King’s Landing to know that she tried her best to avoid the war.

Looking at the condition the advice of the Dragon of Queen, Varys start thinking that it was a mistake to trust in Daenerys and believes that Jon will be a better ruler of the Seven Kingdoms. Tyrion, who knows Jon doesn’t care about sitting on a throne, tries to convince Varys to remain loyal to the Queen. His answer isn’t very reassuring.

At the end of the Game of Thrones season 8 episode 4, Daenerys arrives at King’s Landing with a small battalion, including Grey Worm and Tyrion. Tyrion was asked to have a conversation with Cersei’s hand Qyburn on terms of surrender but to no effect. Tyrion then directly speaks to Cersei, trying to appeal to her better side. He fails and Missandei of Naath is executed in front of Daenerys and Grey Worm.

Bobrisky finally shows a glimpse of his massive boobs