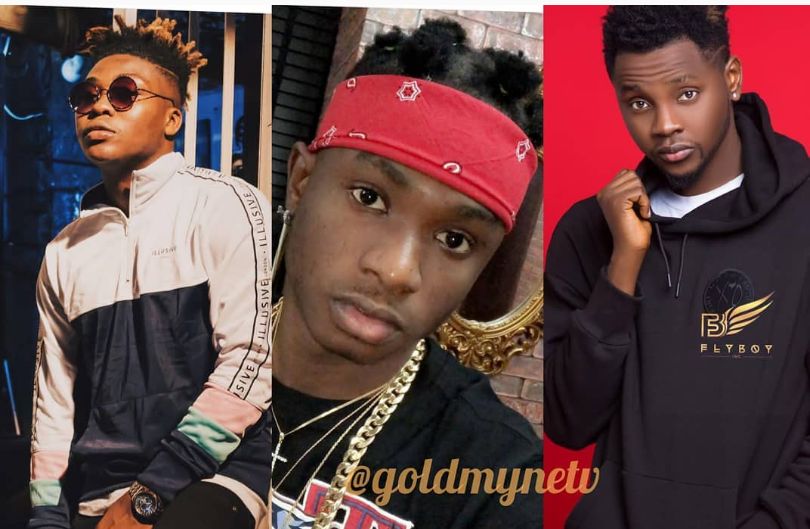 Mavin star Reekado Banks and one time YBNL star Lil Kesh are both super talented and a master in their different styles of music, not forgetting Kiss Daniel the YEBA king!

Despite their almost equal strength in the industry, Reekado was able to beat Lil Kesh and Kiss Daniel to winning the Headies Next Rated Award two years ago.

The win had brought about not a little fracas between their bosses which was later settled and every one moved on to making music in order to prove who really deserved the award or to defend the receipt of the award.

Since the award two years ago, these three superstars have been able to prove that indeed, they deserved the nomination while Reekado has ceaselessly worked to defend his plaque and to put his detractors who felt he didn’t deserve it to win.

Recently however, the issue was awakened during a live show in Ibadan where Reekado Bank had openly dissed his fellow Next Rated nominees, saying he was better than them… A statement caught on camera! Watch Here

Without doubt, Reekado Bank is hot, Lil Kesh is fire and Kiss Daniel is just blazing like there’s no tomorrow!

The question right now is

Has Reekado Banks Been Able To Defend His Win Against Kiss Daniel & Lil Kesh?

Is Reekado Bank Really Better Than These Other Two?

We want to hear from you.

Buhari Has Achieved More Than Obasanjo Did In Eight Years – Sagay