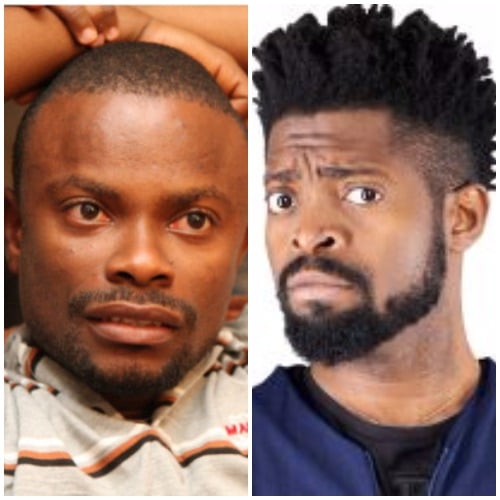 It is no longer news that the business relationship between P Square may finally be coming to an end after a video surfaced earlier today which saw Paul and his brother’s Jude and Peter almost fighting.

Ace Nigerian comedian, Basketmouth, whose will be holding his show on 30th of this month, has reacted to viral video of Psquare brothers almost fighting themselves.

“Why una no wait until after my show on Saturday before una fight this fight?!! You guys are distracting my publicity naaaa!!!! Wetin sef!!!! Anyway….Lords of The Ribs with Basketmouth live on the 30th of Sept”

Nollywood actor, Okon has come to the defense of the Okoye brothers following the viral video of Peter, Paul and Jude almost beating each other up that is making round the internet.

“A little misunderstanding and quarrel is sometimes a way maker for a deeper sense of understanding. Let them be. Don’t judge them. U can’t be more Catholic than the Pope. These guys love each other more than you can perceive.

“If the ship of their relationship is stormy now, it’s just a matter of time, it will be calm. Stop mudslinging them. Whether or not they brought their personal trash into the prying eyes of the social media, that’s immaterial.

“You can show more apt and understanding by expressing your sentiment and feelings via a DM to them. Mind your business and stop aggravating this ish here on social media.”

Here’s what they shared: 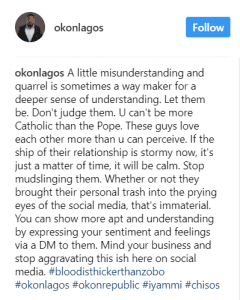