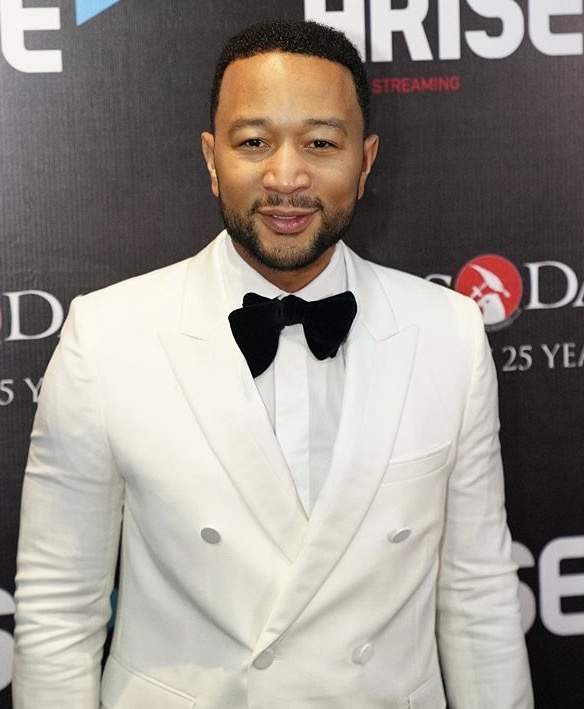 Ten times Grammy Awards Winner and People’s Magazine Sexiest Man Alive for 2019, John Legend landed unannounced in Nigeria on Sunday, 19th January 2020. Nigerians were unaware of Legend’s visit to Nigeria till his famously funny wife, Chrissy Teigen, went on Twitter to casually announce that her husband was in Nigeria. Chrissy, never to let a funny moment pass, shared some of her stomach troubles as well.

John went to Nigeria for a couple days and I thought about going, purely to find Michael from 90 days, but…the enchilada has rendered me useless

Chrissy Teigen’s “announcement” that her husband was in Nigeria did not provide information as to his whereabouts in the country or his reasons for visiting. This left several Nigerians on Twitter no choice but to surrender to their wild imaginations for what purpose John was in Nigeria.

John Legend’s location was finally revealed to be Eko Hotel Convention Centre, VI, Lagos – most likely where he was also lodged at the THISDAY Awards 2020. The big reveal came through guests at the event, sharing pictures and videos of the famous musician on social media. The annual award ceremony was held in commemoration of THISDAY’s 25th anniversary and the premiere preview of its streaming service – Arise Play.

The THISDAY awards have always been known for class, glitz, and glamour. John Legend’s presence was never meant to stir up mass hysteria, and the award event, not being a concert, did not need that kind of publicity. Legend was flown into Nigeria for a private event and flown out, probably through Ethiopian Airlines. Notwithstanding, Nigerians still felt they were deprived of seeing the international music star.

John Legend, dapperly dressed in a white tuxedo paired nicely with a black bow tie and accompanied by a band, performed a number of his sonorous hits – Tonight, Love Me Now, Used To Love You, Save Room, A Good Night, and Ordinary People. He promised the guests the best night of their lives and delivered on that promise, with one lucky guest joining him on stage during his performance of  “Used to Love You”.

For his performance of All Of Me, Legend got behind the piano and rendered a soulful performance of the song, receiving a loud applause from the audience.

This is the Grammy winner’s first recorded visit to Nigeria, and he is the first international act to perform in Nigeria in 2020.