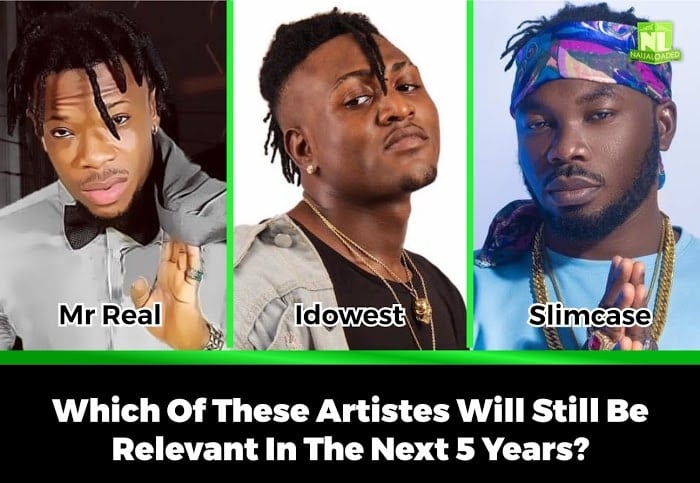 No doubt, these are the Newest guys currently rocking the Street ? Even Small Doctor & Olamide can testify to this.

They did an Awesome Job in making the Shaku Shaku vibes become acceptable.. They are sure having a good time and buzz also.

However, with the Sudden fame and buzz they are currently enjoying, they have grown big overnight more than some other Artistes who have been in the game for a very long period of time.

With their level of Creativity and Street Orientation, they have been able to shun out different Slangs that’s been used on the Street daily.

➨ Slimcase – (Oshozondi & SaintSamiGanja) has thrown different Lambas in the Air using any Song he’s been featured on & Instagram as an Avenue to reach out to the Street.

➨ Idowest – The Shepeteri crooner won’g go off our head anytime soon. His slang is been used daily anytime boys want to define how stupid some babys have become.

➨ Mr. Real – The Legbegbe crooner gave us an Evergreen Street song. His slang will continue to be in vogue because it best describes the activities of iPhone thieves. He’s also the producer behind Seriki’s Sakamanje hit song.

From your own point of view, we will like to know ?

Between “Slimcase, Idowest and Mr Real” – Who do you think will still be relevant in the next 5 years?

We want to hear from you all.

This Video Of Khloe Mimicking Alex Crying For Ex-BBnaija Housemate Leo Is Just Off The Hook (See For Yourself!!)