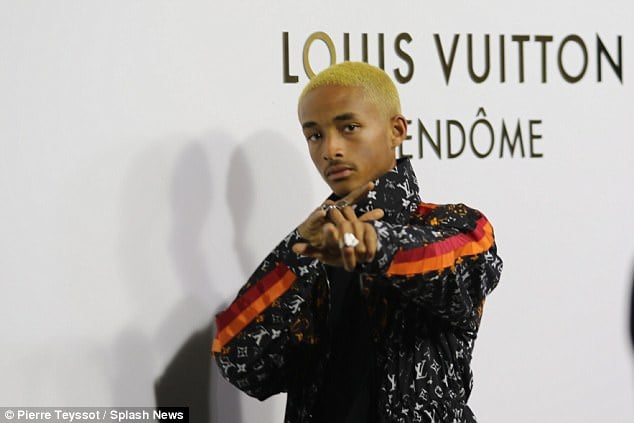 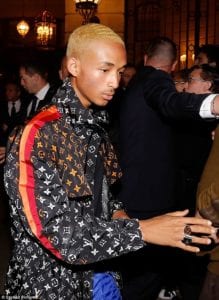 Jaden 19, was said to have taken the spotlight at Louis Vuitton Cocktail Event in Paris when he was seen taking  with his elder brother(Trey) and father (Will smith)

The 19-year-old rocked a white and orange Louis Vuitton monograms, which also featured red and orange stripes at the sleeves to the opening of Louis Vuitton’s boutique at the iconic Place Vendôme.

While his father wore a bomber jacket over a white top which paired with black trousers and sand-colored sneakers, but it was one of his sons, Jaden who stole the spotlight with his outfit.

Trey is Will’s son by his first wife Sheree Zampino, while Jaden is the eldest child of Will’s two children by his second and curre 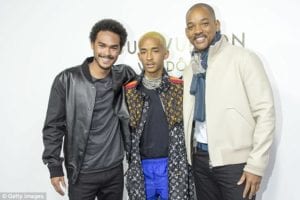 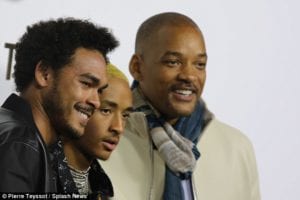 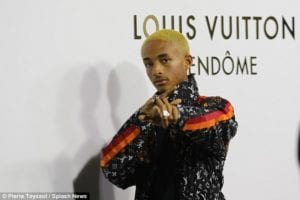 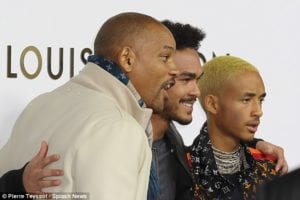 Davido Accused Of Killing His Friend(Tagbo)