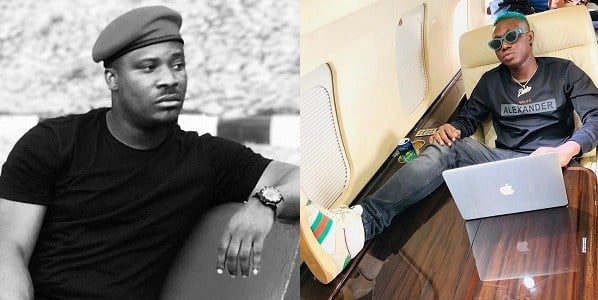 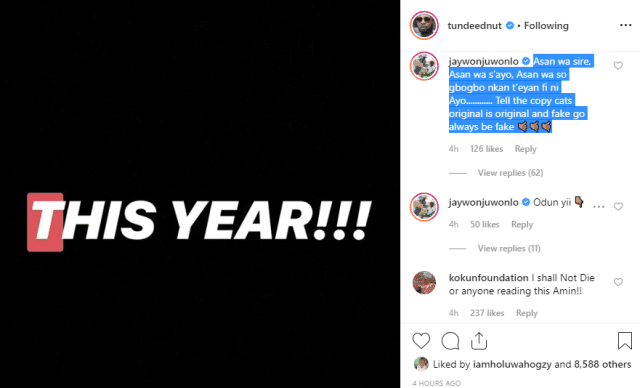 As we all know Jaywon sang a song titled “This Year’back in 2012, so he is reminding people that Original would always be Original.

Fast forward to May 2019, Zlatan released a new single titled “This Year”, and Jaywon is now accusing him of copying him.

Zlatan sighting Jaywon’s comment replied to him, see their exchange below; 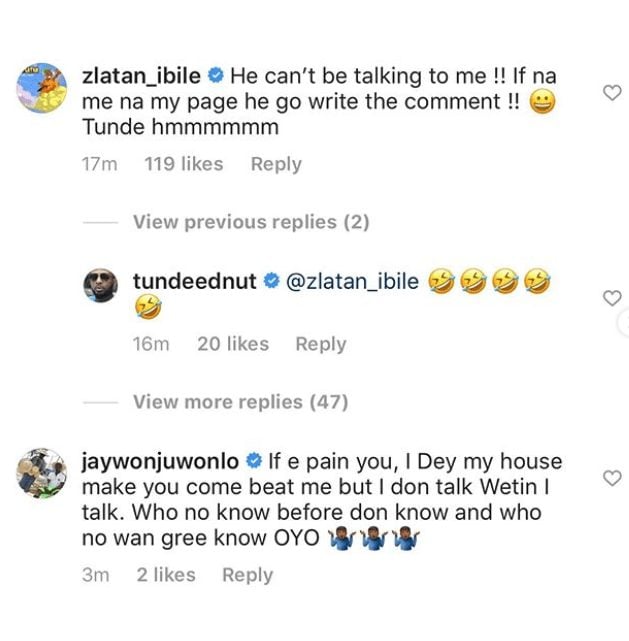 CLICK HERE TO JOIN OUR EVER ACTIVE WHATSAPP GROUP
Related Topics:JaywonZlatan ibile
Up Next

Cardi B Shares First Glimpse From ‘Hustler’ Movie As Diamond

“Someone Is Trying To Hack My Account” – Davido Cries Out