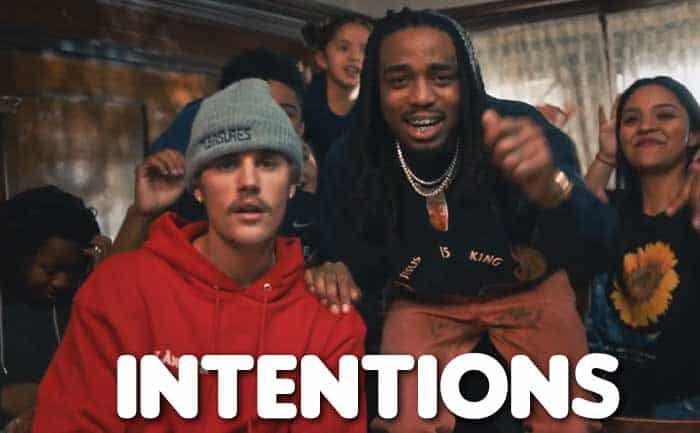 Justin Bieber has unveiled his newest single, ‘Intentions’ that features rapper Quavo. It marks the third released track on his upcoming album, Changes. The 25-year-old artist dropped his new single, along with a powerful and meaningful new music video, featuring Bieber’s collaborator on the track, Quavo. The new track joins previously released singles “Yummy” and “Get Me” featuring Kehlani.

In the new video, Justin brings some real-life heroes in the spotlight. The inspiring video has been shot in at Alexandria House, a transitional residence for women and children in LA as they move from emergency shelter to a stable and permanent living situation.

The music video also serves to raise awareness for Alexandria House’s efforts to combat homelessness and housing insecurity. Bieber also used the video to announce the formation of the Intentions Fund to raise money for the organization’s efforts and those who need help the most.

The touching video includes interviews with several young women who have found safety under the roof of Alexandria House and features Bieber and Quavo themselves dancing and spending time with those who reside there.

The music video is unveiled days before Bieber is set to make his high-profile return to Saturday Night Live.