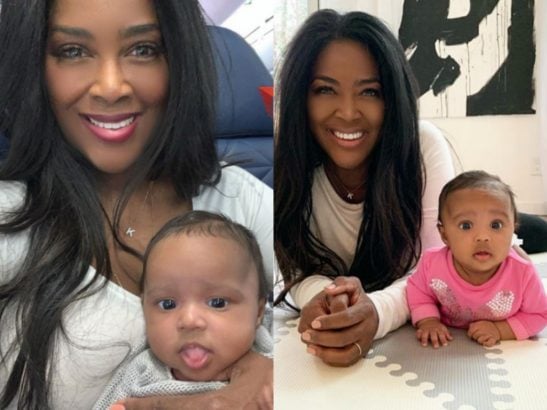 Actress Kenya Moore has revealed how she got kicked out of a restaurant because she chose to changed her daughter’s diapers there.

The former star of Real Housewives of Atlanta stated that she had no idea about the rules of the restaurant.

“Last week when I was traveling with Brooklyn, I got kicked out of a restaurant for changing her diaper! OMG, I was so embarrassed. I had no idea about these rules!

As a new mama, I’m learning new things every day. The @peanut app has been an amazing support for me to connect with other new moms that can give me a heads up, advice and a sense of community.”

Her post didn’t sit well with a commenter who slammed her and labeled her an attention seeker.

“She’s delusional. Her husband owns a restaurant. Would he or his staff allow someone to openly change a diaper in the dining area? She just wants publicity… for being stupid.”