Kevin Hart, 39, and Eniko Parrish, 33, had nothing but sweet sentiments for each other on their second wedding anniversary on Monday.

The 39-year-old actor declared that he loved Eniko ‘to the moon and back’ as they each shared flashbacks to their romantic beach ceremony on Instagram, after putting the events of 2017 firmly in the past.

It’s been eight months since Kevin said he remained ‘hopeful’ that his wife would forgive him for being unfaithful while she was pregnant with their youngest son Kenzo Kash, and already the couple seem stronger than ever. 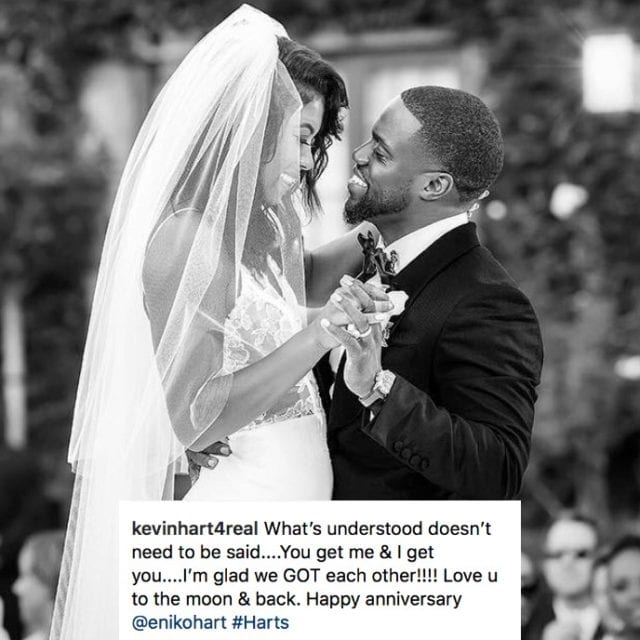 ‘What’s understood doesn’t need to be said….You get me & I get you….I’m glad we GOT each other!!!! Love u to the moon & back. Happy anniversary @enikohart #Harts (sic)’

Eniko later posted a professional video of the couple’s first dance to If I Ain’t Got You, which was performed by the artist Alicia Keys herself.

She wrote alongside it:

‘Happy Anniversary my love! It’s only been 2 yrs so far and it already feels like a lifetime with you. Cheers to another year of love, light, & laughter as the HARTS! @kevinhart4real (sic)’