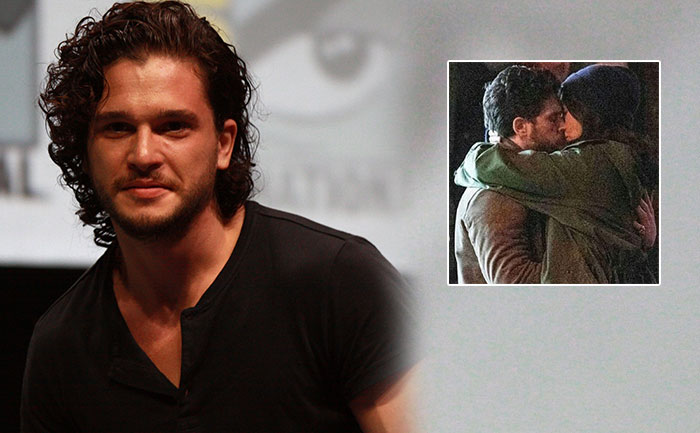 Hollywood Kit Harington and Gemma Chan were spotted sharing a passionate kiss. The picture soon created a buzz on social media. Well, before your mind goes into overdrive the picture in question is from the sets of MCU’s Eternals. The Game of Thrones favourite, was spotted shooting new scenes on the streets of London – under code-name Sack Lunch.

Check out the pictures shared here:

In one picture, Kit and Gemma are seen locking lips, while another showed the pair hugging each other tightly. These pictures confirm the romance between their characters, Dane Whitman (aka Black Knight) and Sersi, which was a big part of the comics.

Gemma has taken on the role of Sersi the ‘humankind lover’ in the upcoming film, who has a rollercoaster relationship with Kit’s character, Dane.

Here are some more pictures from the sets of Eternals.

The film is currently being shot in England. The Eternals also feature Angelina Jolie as fierce warrior Thena and Richard Madden playing Ikaris, with Salma Hayak taking on the role of Ajak.

The movie is being directed by Chloe Zhao and will be releasing on 6 November in cinemas.

Doctor Strange 2 Synopsis Hints At The Return Of Infinity Stones