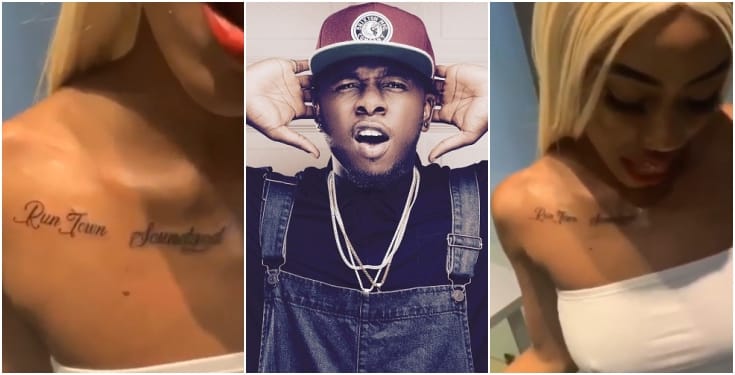 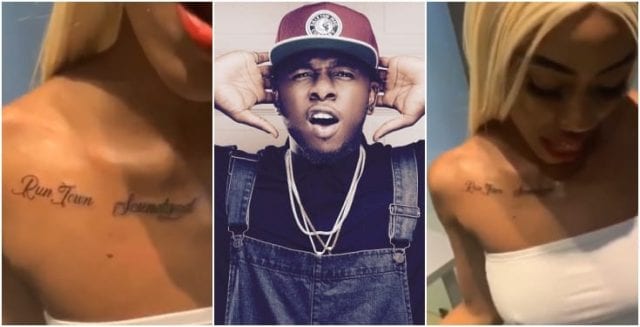 We all know celebrities have a cult following of dedicated super fans who go all out for them, love and respect them.

Some fans even go as far as getting the celebrity’s name permanently inked on their body.

A Lady took to her social media platform to show off the permanent tattoo on her body with Nigerian singer’s name, “Runtown”.

In the videos, the lady showed the making of the tattoo and another of herself rocking the tattoo, while dancing to Runtown’s song

The video was posted by an Instagram influencer, Tunde Ednut.

Lady permanently tattoos Runtown’s name on her body. Which Nigerian artist’s name can you tattoo on your body? Comment below.

Recall a member of the dedicated band of fans showed how far he could go for the singer, Burna Boy by doing something rare and touching for him.

The fan took the effort to tattoo the singer’s name on his arm to show his love.

That was the fan’s way of showing his support for Burna and that he would always be there for the singer whenever he needs him, through thick and thin. 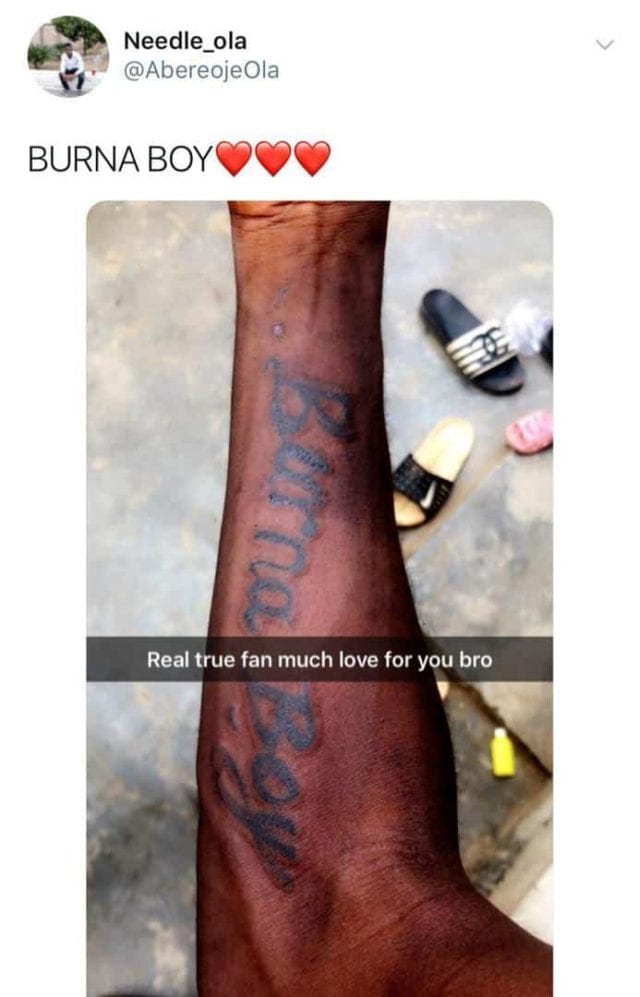