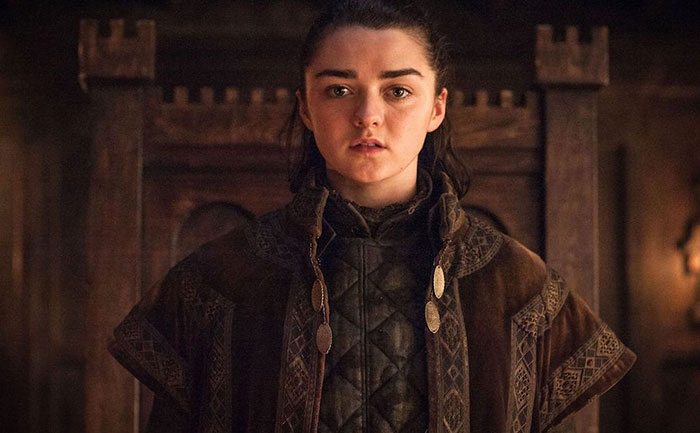 The gorgeous actress Maisie Williams, who gained global recognition with a fantasy show Game of Thrones, has at long last made a surprising disclosure about GoT makers. Maisie Williams, who is famously known as Arya Stark has uncovered that makers of Game of Thrones put a strap on her chest to make her resemble a girl while her body was developing.

Hiding Arya Stark’s developing body, makers had no option but to put a strap on her chest to showcase her as a girl. This, Maisie stated, had a negative impact on her self-esteem.

According to a report in USA Today, Masie said,

“They would also put this strap across my chest to flatten any growth that had started, and I don’t know, that just felt horrible for six months of the year.”

Her role in popular TV series Game of Thrones demanded her to look like a girl and for that maker of the show went on to hide her growing body. In a report, she said that putting the strap on her chest made her feel ashamed of her body.

Notably, when GoT makers cast Masie William as Arya Stark, she was merely 14-year old and she had to portray that role till its eight-season which concluded this year. Arya Stark is currently 22-years old and now she felt “horrible” and “conscience” about her body image while on the series.

“Around season two or three, my body started to mature and I started to become a woman. But Arya was still very much, like, trying to be disguised as a boy” said Maisie, on Vogue’s 24 Hours With Maisie Williams.

“I had really short hair and they constantly covered me in dirt and shaded my nose so it looked really broad and I look, like, really manly.”

After Game of Thrones, Arya had said that she is exploring the feminine side of herself. “With this new phase of my style, it is nice to look more feminine and have a real waistline and just embrace the body that I have,” she said.