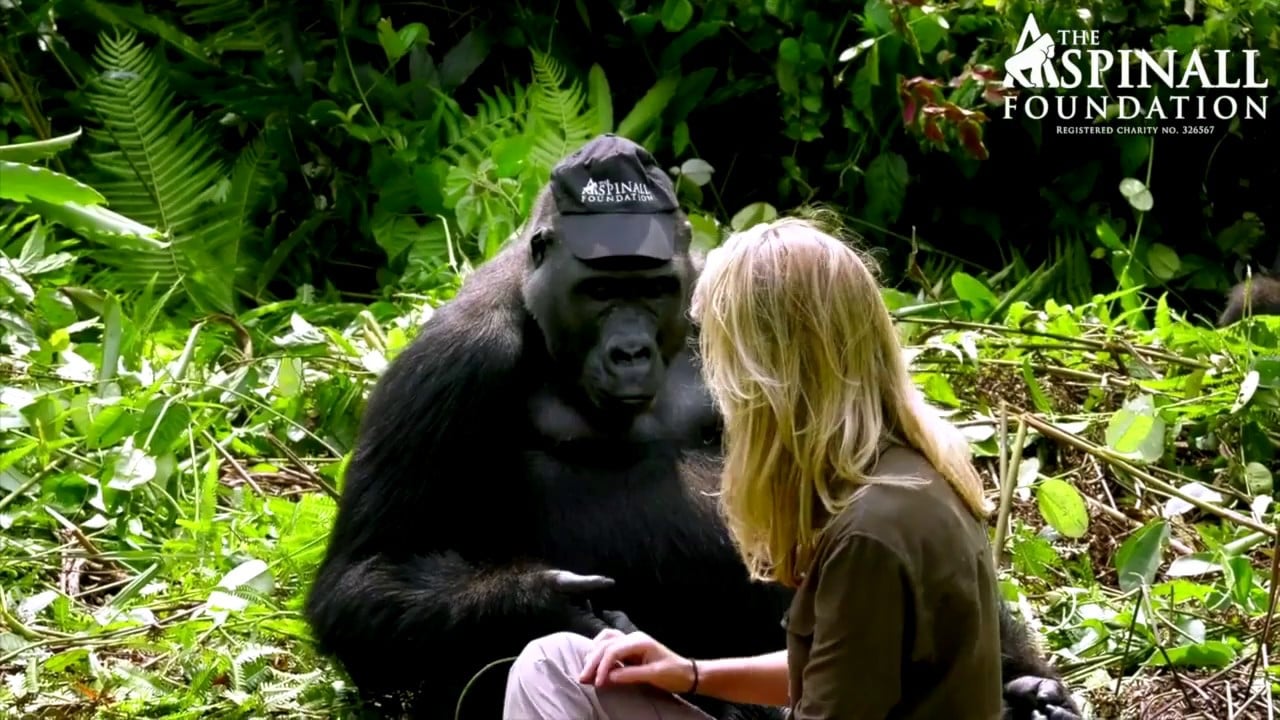 The Gabon..It’s an unusual place to take your new wife but conservationist Damian Aspinall isn’t your ‘usual’ man.

The multi-millionaire conservationist is chairman of The Aspinall Foundation, an awesome charity which specialises in the captive breeding of endangered animals with the aim to send as many as possible back to their natural habitat in the wild.

A new video has emerged following Damian and his gorgeous wife Victoria on a trip of a lifetime to search for gorillas he released back to the wild over four years ago.

The astonishing footage and series of photographs show Damian sitting on a riverbank in Central Africa with 20 stone male gorillas Djalta and Imma as his wife looks on.

Following an intimate exhange between animal whisperer Damian and the gorilla cousins Victoria can be seen nervously approaching the males before finally nuzzling up to the giants.

In a heartwarming piece of footage Damian exclaims

“I think I’ve lost my wife. He’s completely in love with her!”

“Coming face to face with Ima and Djalta was pretty scary at first but ended up being the most beautiful and humbling experience, and one which I will never forget.

“The work of the Aspinall Foundation in breeding endangered species in captivity and then, wherever possible, sending them safely back to their native homelands is amazing.

“I hope that watching these gorillas, happy and free, will inspire those who believe as we do that the place for wildlife is in the wild wherever possible rather than in captivity.”

The number of Western Lowland gorillas like Ima has fallen by 60 per cent in the past 25 years and the Aspinall Foundation is working to reintroduce them. Next month the couple will return to Africa with four more captive-bred males.

You can help them now by visiting The Aspinall Foundation website and donating today.