Marvel is quite possibly one of the best studios that keep plot details a secret from fans. Still, even though the studio’s track record has been great, there have been some high-profile leaks that have still made their way online. This has been theorized to keep happening more now that many of the workforces for the MCU entries are working remotely. One major issue is that the studio depends heavily on VFX. With so many VFX workers having to be hired for one movie, leaks can happen, which isn’t ideal. Where once plot details were sent to people in secrecy, they are now sent online, where these sensitive files can be more easily misplaced or stolen. 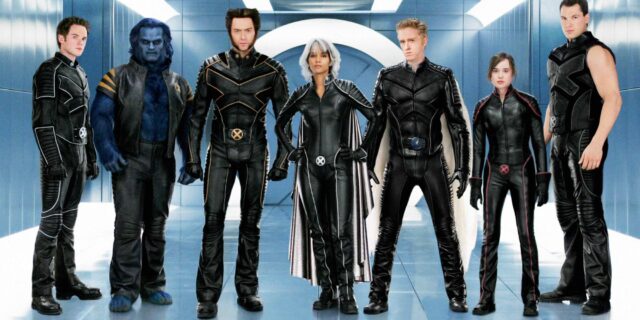 Still, even with the recent leaks, Marvel has kept most of its secrets from being revealed . The D23 expo is set to start today, and most people have no idea what Kevin Feige is about to announce during the convention. The hope is that many of the X-Men are going to finally be announced, including who might be stepping into the coveted role of Wolverine. There is also the Fantastic Four movie to think about. Will we finally see who is going to be sitting up as Reed Richards, Sue Storm, Johnny Blaze, and The Thing? So far, there has been nothing but rumors and fan theories. Well, that and many dream casting announcements that many fans have put together.

Despite Marvel being able to keep most secrets from leaking, there have been some slip-ups. Ben Kingsley reprising his role as The Mandarin for Shang Chi was a big leak that got out. The same for the trailer for Spider-Man: No Way Home that dropped early, and the stills of both Andrew Garfield and Tobey Maguire back in action. There are a great many people that have their hands on the MCU projects, so it stands to reason that leaks are going to happen whether the studio wants them to. We are positive anyone who knowingly leaks this material is likely to be fired, so we would assume that no one wants that to happen. Despite the issues that many VFX workers have spoken about, we can surmise that working at Marvel is likely quite awesome.

There are also plenty of people that use their phones during conventions, although there is a Marvel secrets security team that is meant to stop people from recording trailers that are meant to only be shown at conventions. There are thousands of people that attended San Diego Comic-Con, but there still have not been many leaks about the trailers shown there. The trailer for Black Panther: Wakanda Forever stayed unrevealed until Marvel released it. The same can be said for the Guardians of the Galaxy: Vol. 3 footage, which has yet to be unearthed online.

Marvel may be one of the best at keeping their secrets unrevealed, but with the increase of VFX and remote workers, it is going to be that much harder to keep all their secrets undisclosed. We hope to see some great reveals today for the Disney D23, and Kevin Feige might be happier knowing things leaked today versus a month ago.

House Of The Dragon Mistake To Be Fixed By HBO