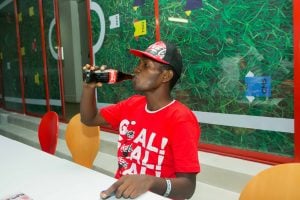 The first set of winners in the “Score a Trip to Russia” promo by Coca-Cola has been unveiled, and it still feels unreal for them. The winners became lucky just by inputting the codes online on https://torussiawith.coke.com.ng/ and by texting the codes under the Coca-Cola crowns to 5453 as they continued buying and drinking Coke regularly over a period.

One of the winners, Tega Kute, who was super excited could not stop expressing his happiness and appreciation to Coca-Cola. He actually said, “My body is here but my Spirit is in Russia already.”

On how many times he actually tried before winning, he says, “I have been drinking Coke up until the day I won and on that same day I celebrated by drinking even more bottles of Coke. So, keep buying Coke! Keep drinking Coke!! Buy Crates of Coca-Cola just to get the codes and send the code to 5453. It’s real!!!”

I think Coca-Cola just got an official lifetime brand loyalist. 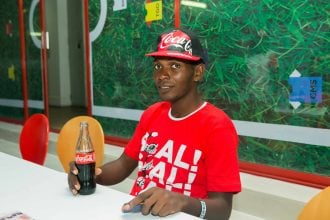 “Why Are You So Fine, Is It Your Wedding” – Banky W Asked Wife, See her Reply