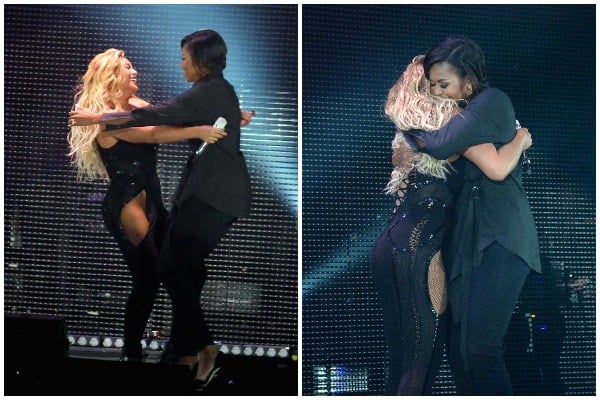 Former First Lady of the USA, Michelle Obama has congratulated Beyonce on the success of her Netflix documentary titled Homecoming.

Beyonce drops the documentary a few days ago and also followed it up with a 40-tracker album of the same title which Immediately skyrocketed to the top of iTunes chart.

Congratulating the singer on the success, Michelle Obama said:

“Hey queen! Girl, you have done it again. Constantly raising the bar for us all and doing it flawlessly. I’d say I’m surprised, but I know who you are. I’ve seen it up close and personal. Girl, you make me so proud, and I love you.”

Specifically pointing out what she enjoyed about the documentary, she continued:

“I also love that your new Netflix film Homecoming is informed by the black leaders, thinkers, and poets who’ve paved the way for folks like us. I love that it’s both a celebration and a call to action. And I love that you’re using this film to inspire the next generation of history makers and record breakers who’ll run the world in the next years ahead.

She concluded by calling Beyonce her friend.

“So to you my dear friend, I just want to say: Keep telling the truth, because you can do it in a way that no one else can.”

Related Topics:BeyonceMichelle Obama
Up Next