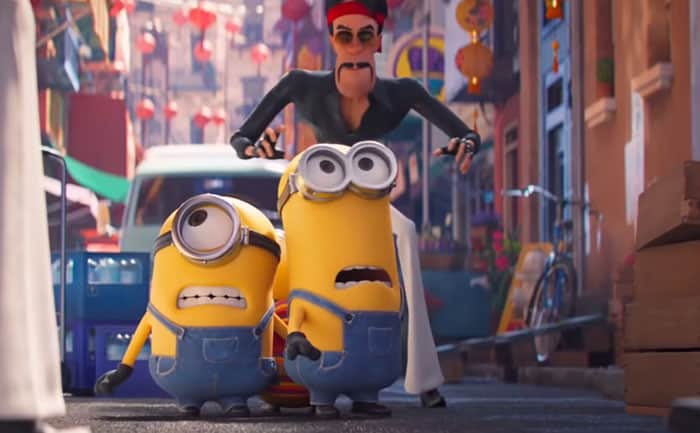 Universal Pictures released an action-packed trailer teaser for Minions: The Rise of Gru during Super Bowl LIV on Sunday. It is the sequel to the much loved 2015’s Minions. The movie features the returning voice talents of Steve Carell, who plays the bumbling villain Gru, and Pierre Coffin, who voice various Minions including longtime faves Kevin, Stuart, and Bob.

The trailer teaser was aired during the Sunday’s big game and gave fans a sneak peek at the world of pre-teen Gru. You have tons of little yellow guys running around to do 12-year-old Gru’s bidding. From dressing up as an airline attendant and offering peanuts to passengers to playing paramedic when a team member gets hurt, the teaser has many such hilarious moments in this Minions sequel.

The Super Bowl trailer for a trailer gives some brief looks at what’s to come in the groovy 1970s set sequel. The Official trailer of the movie will drop on Wednesday, February 5, 2019.

Minions: The Rise of Gru arrives in theaters on July 3.

Related Topics:FeaturedMinions 2trending
Up Next