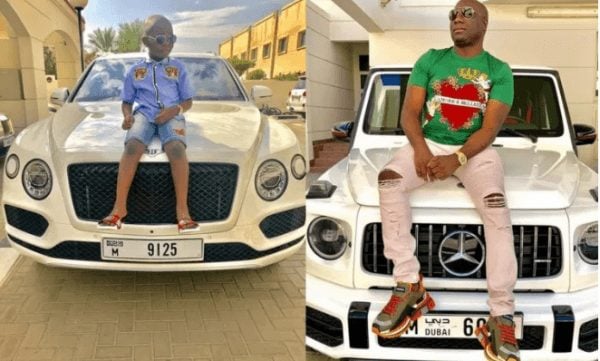 Flamboyant Dubai-based Nigerian Bereau De Change operator, Ismaila Mustapha aka Mompha who was slammed for buying Bentley Bentayga for his son, has blasted the people trolling him in return.

He bought the car few hours after his former friend, Hushpuppi bought himself a Bentley for Valentine.

Mompha took to his Instagram page to share a photo of the newly acquired whip, shortly after Hushpuppi shared his own, and also said ‘no one can outshine the money man!!!’.

Some Instagram users then took to Mompha’s page to slam him, calling him childish for ‘competing’ and showing off. 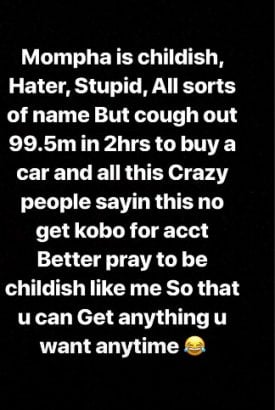