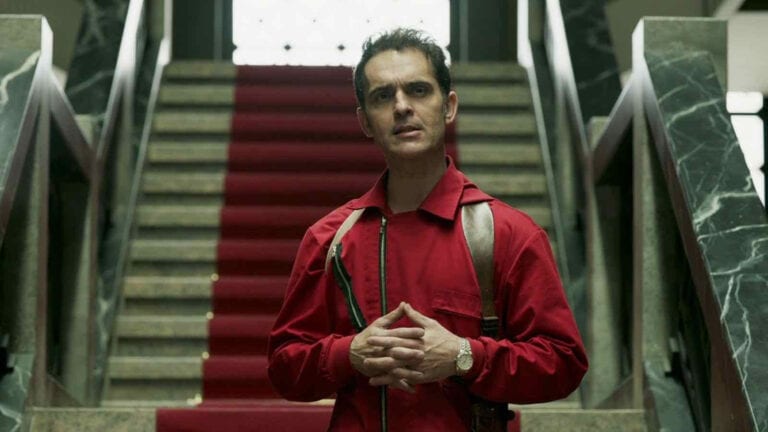 Berlin was introduced to us as the most arrogant character in Money Heist. His self-centered ways had him clashing with Tokyo and Nairobi more than once. But by the end of the first robbery, what Berlin did for his gang made him one of the most loved characters.

Berlin, played by Pedro Alonso, is the elder brother of The Professor and the second-in-command of the robbery at the Royal Mint of Spain. Despite being a charmer, he is a sociopath. But it is slowly revealed that Berlin is also terminally ill. So, when he decides to sacrifice his life to save his fellow heist members, you cannot help but shed tears.

In the video titled Berlin Forever – One Story Away, fans from countries like France, Canada, South Korea, USA, UAE, Italy, South Africa, Japan and others share how they reacted to Berlin’s last moments and his tragic death. While some said you need a man like Berlin in a team made of bank robbers, others said, “Berlin is trying to find himself even in his afterlife.” The video ends with fans singing the show’s theme song “Bella Ciao”.

At the end of season two, the gang, with the stolen money, tries to escape the Royal Mint of Spain through the tunnel they had created. After escorting all the members, Berlin realised he has to stay back to stop the cops from getting into the tunnel. Though The Professor kept pleading him to flee, Berlin asked Helsinki to blow up the tunnel. He chose to put himself in the firing line during the stand-off with the cops, and ultimately gave up his life.

Berlin might have died in Money Heist season two, but the audience adulation forced the makers to bring him back in the subsequent seasons in flashbacks.

Pedro Alonso is currently shooting for the fifth and final season of Money Heist, that is expected to premiere on Netflix next year.