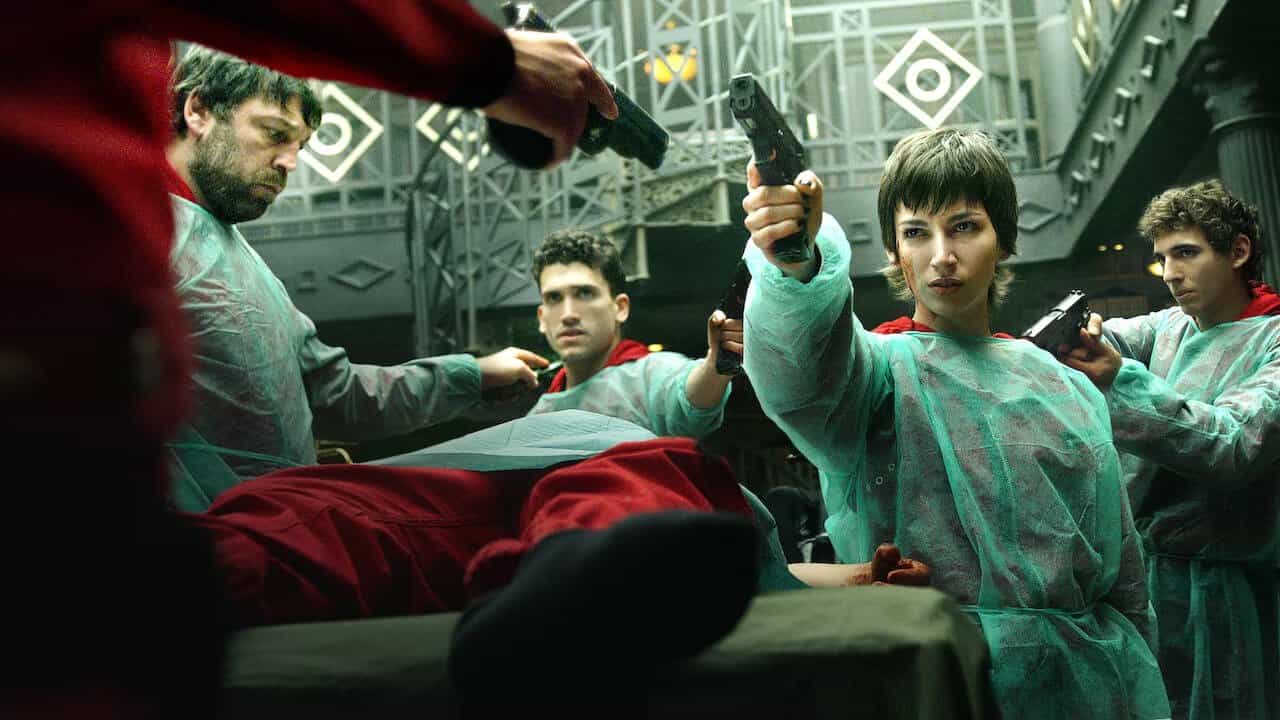 The international Netflix phenomenon, Money Heist (also known as La Casa De Papel) was back for its fourth season on Netflix in early 2020 and will almost certainly be back for a fifth season. Here’s what we know so far about season 5 of Money Heist including what we can expect, when we can expect the release date and what else we know regarding the future.

We’ll likely hear how well the series has performed in the next few months likely in a Netflix earnings call when they release select viewing figures. Previously, the series has smashed most records with it holding the current record of being the most-watched non-English title on Netflix.

Before we move onto the prospects of the fifth part, you will absolutely want to go and check out the accompanying documentary which released on April 3rd. It documents the meteoric rise of the series with guests including Ted Sarandos, much of the cast and the creators. It gave us some stunning insights including the fact the show was almost axed.

Part four of Money Heist was released on Netflix globally on April 3rd, 2020 and consisted of eight episodes.

Has Money Heist been renewed for season 5?

It took an eternity, but Netflix officially acknowledged that season 5 of Money Heist is coming in August 2020. Sadly, they also confirmed that “the heist comes to an end” meaning that season 5 will be the final installment of the hit Spanish series.

THE HEIST COMES TO AN END

In a statement posted to Netflix’s “See What’s Next” account (now labeled Netflix Queue), Alexa Pina said the following regarding the renewal:

“We’ve spent almost a year thinking about how to break up the band. How to put the Professor on the ropess. How to get into situations that are irreversible for many characters. The result is the fifth part of La Casa de Papel. The war reaches its most extreme and savage levels, but it is also the most epic and exciting season.”

Up until the official renewal in August 2020, Alex Pina and his team of writers and directors have repeatedly said several times that there are plans for a fifth part.

In May 2020 shortly after the release of White Lines, Pina spoke to Deadline, and yet again, all but confirmed the future of the series. The article states:

“Season 5 is coming, but Pina could not confirm any further series because “Netflix will put a bomb in my house.””

First up, the story isn’t over. As we’ll get into detail in just a second, the second heist has yet to conclude. That means we’ve still got at least one more season to tie up loose ends and hopefully see the gang escape.

Speaking about what they hope to achieve with the final season of Money Heist, Álex Rodrigo, one of the directors on the series has stated that he wants to “close the series in style, as the fans imagine and dream”.

We’ve also had several of the actors and actresses speaking about the future too. Itziar Ituño who plays Raquel Murillo has said (roughly translated): “we are shooting the fourth season and it hits me on the nose that it doesn’t end there.” 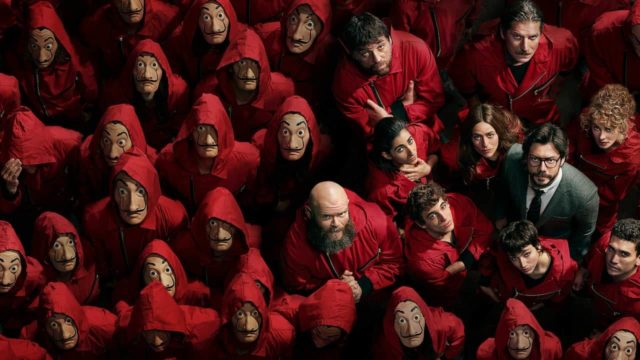 We’ve heard some rumors that production is due to continue into the new year. So far, the series final season has been filmed in Copenhagen, Denmark, Portugal, and Spain including Madrid.

The final reason for the show’s continuation is the mammoth ratings it continues to pull in.

Season 4 of Money Heist managed to rack up an incredible 65 million views.

The show also continues to dominate the top 10s in multiple countries with it appearing in the top 5 TV series in the UK almost a month after it launched.

Two months after the release date, the series still sits in the Netflix top 10s.

So, just to conclude. Part 5 of Money Heist is a question of when not if.

What to expect from season 5 of Money Heist

Let’s quickly recap the events of part 4 and how it wrapped up. The heist is very much still on with Lisbon now joining the rest of the gang in the Bank of Spain.

The biggest challenge facing the gang is that The Professor is now the one who has been caught red-handed. With a gun to him, the series cuts to credits with a new rendition of Bella Caio.

There’s been plenty of theories on Alicia who has now gone rogue. Some on Reddit believe her pregnancy to be fake and others even believe she’s the ex-wife of Berlin who was introduced in the fourth season. 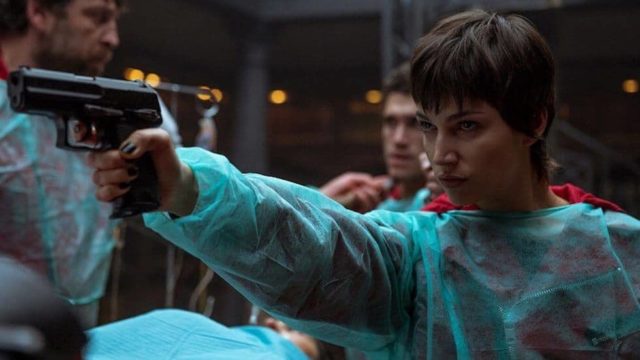 Back in the bank, the gang now has to work on the final stages of the heist and begin their escape. We know the team is continuing in the basement to melt down the gold into small balls for extraction.

Of course, the big question that will come if the team does manage to escape is whether they can keep their freedom unlike last time.

What do you want to see from season 5? Let us know in the comments.

When will season 5 of Money Heist release on Netflix?

Our best guess is that it won’t be made available on Netflix until at least summer 2021. There has been some rumors floating around possible release dates. The most unplausible seems to be January 2021 but some more rumors have been floated for April 2021.

All we know is that the series was recently confirmed to be part of Netflix’s broad 2021 lineup.

Once we get official confirmation and some more details on filming, we’ll update you with a set of potential release dates.

Are you looking forward to season 5 of Money Heist coming to Netflix? Let us know down in the comments.