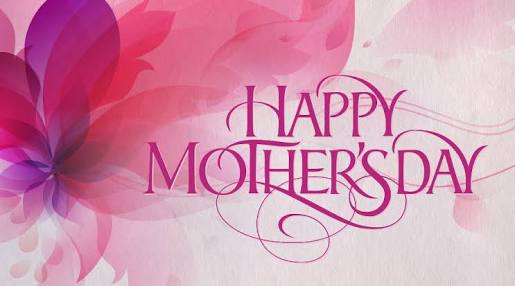 It’s Mother’s day again on Sunday. The special day is to be commemorated worldwide on various levels.

To mark the day, PlushNG serves you five heart-warming Nigerian and American songs you could use  to make your irreplaceable mother feel loved, smile and dance to.

Not one of his very popular songs but it’s one the Starboy holds very dear to his heart, which we are sure your mums would appreciate just as much as Wizkid’s mama. ‘Mummy mi’ is off the singer’s sophomore album “Ayo”.

‘Ishe’, a fan favourite song of Lil Kesh will definitely be pleasing to render to moms for the circumstance in which the song presents itself, relatable to many growing youths who have had to leave their moms perhaps at an early age to go hustle for that better life, and still yet look back to praise their moms for the good and tender loving they were given growing up.

Soul singer Asa presents this acoustic guitar-stringed song of adoration and gratitude to all mothers in this powerful rendition ‘So beautiful’. Words cannot do justice to the emotions she poured out to roll out this song. You’d just have to listen and soak it all in for better appreciation. Definitely a worthy song to sing to your gracious mama.

Without a doubt, this iis the official Nigerian song for mothers. Everything about the song just gels. The beautiful Highlife classic number by Prince Nico which was recorded alongside his band Rocafil Jazz, a fusion of Igbo and  Congolese guitar lines and English pidgin vocals is sure to tickle your mu m with nostalgic laughter and smiles.

Coined from a nursery rhyme, Yemi Alade teams up with her  talented colleagues for this melodious song of love and appreciation for their wonderful mothers, and want you to take a cue from them to sing like a baby to your mother who has been there for you from the cradle till date.

In the late, great 2Pac’s tribute to his mama, Afeni Shakur — who gave birth to him a month after being released from jail — the late rap icon says the words that every mother wants to hear: “You are appreciated.”

On his 2007 debut album, “Lovehate,” The-Dream mourns the passing of his mother in “Mama,” a heart-filled, melodic and auto-tuned dedication to her. Reminiscing on loving memories, the “Radio Killa” dreams of bringing his mother back to life.

The Backstreet Boys’ “The Perfect Fan”

In this soft rock piano medley, the Backstreet Boys declare their love and appreciation for their mothers. With lyrics like “You showed me when I was young just how to grow,” Hallmark could learn a thing or two from these gentlemen. When the song debuted in 1999, fans and mothers everywhere swooned.

In candid disclosure of the hardships he went through with his mother and family, Drake gratefully thanks them for helping him become the man he is today on 2011’s “Look What You’ve Done.” Ending with a recording of a loving voicemail from his grandmother, this “Take Care” track sentimentally greets “Happy Mother’s Day.”

‘N Sync’s pop ballad “God Must Have Spent (A Little More Time On You)” could be written about any woman in the boys’ lives, but they dedicated it to their moms. The video features a mother and child, from birth to adulthood, growing and making memories while the boys croon in white suits.

Christina Aguilera is celebrating her third Mother’s Day as a Mom with three-year-old Max, but this 2006 single addresses her own early childhood, as she thanks her mother for leaving her abusive father.

Danzig’s 1991 breakthrough hit isn’t really about mothers, but like them, it rocks.

Kanye West owes a lot to his mother Donda West, who retired from her job as an English professor to manage her son’s career. This performance, filmed before Donda passed away unexpectedly in 2007, is a testament to their close bond.

This 1991 track was actually written for Ozzy’s wife and manager Sharon Osbourne, whom the hard-rocker refers to as “Mama.”

This Rolling Stones classic seems harmless, but a deeper listen actually reveals that the title is a reference to prescription drugs used by lonely housewives.

Dubbed “Mama Sox” by her fellow season 9 “American Idol” contestants, Bowersox recorded “Mama,” an acoustic ballad saying farewell rather than giving thanks. As a young mother herself, Crystal sings passionately and from the heart.

On this song from its classic 1971 album “The Wall,” Pink Floyd asks, “Mother, do you think they’ll like this song?” They certainly did.

While we’re pretty sure Mama wouldn’t approve of violence or forgetting to take out the garbage, she’s bound to appreciate an LL classic that samples James Brown and Sly and the Family Stone.

Recorded by the Jackson 5 in 1971, “Mama’s Pearl” was reportedly called “Guess Who’s Making Woopie (With Your Girlfriend)” until the lyrics and title were changed to fit 13-year-old Michael.

John Lennon’s song “Mother” is actually a song written for both his parents — his father left when Lennon was only an infant, and his mother was killed in a car crash when he was 17.