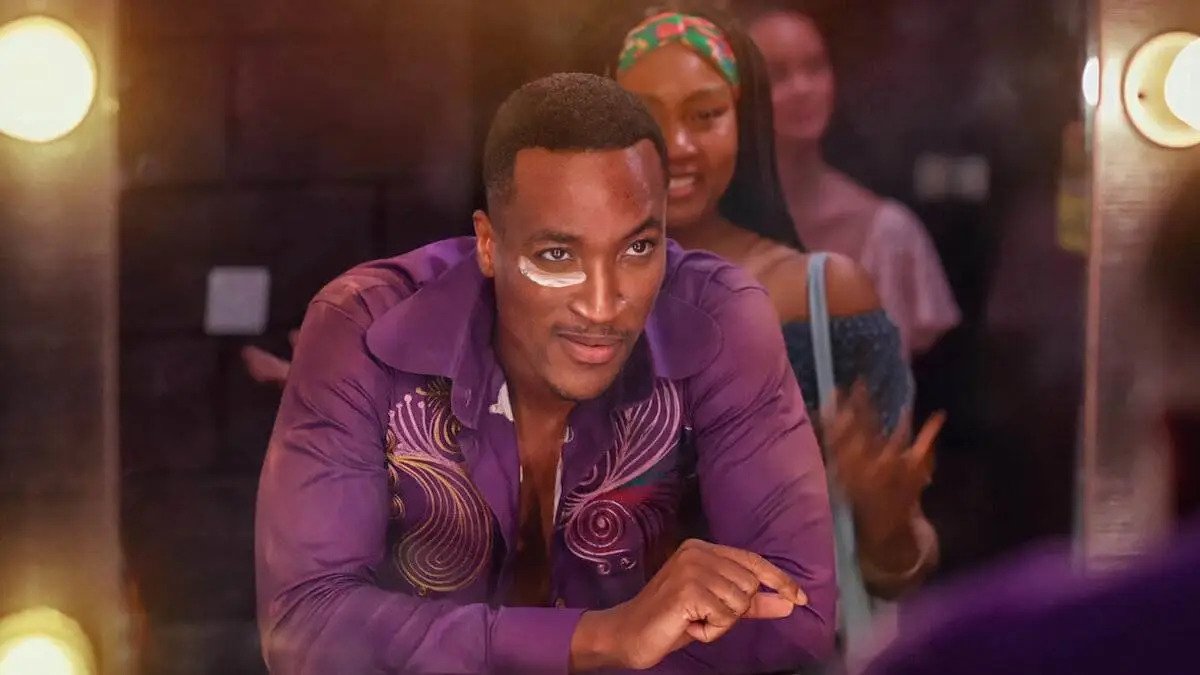 Akah Nnani is the lead actor in The Man of God

The internet rejoiced at the news of Netflix releasing another original Nigerian film after the flop of the what-shall not-be-named film(Chief Daddy 2) earlier this year.

From the studio that gave viewers the glamorous and sensational “Bling Lagosians” comes the latest production under Bolanle Austen Peters’ sleeves titled “The Man of God.”

The highly anticipated film, which featured the acting talents of many popular actors, was released on April 16.

When the trailer was released a few weeks ago, Nigerians were excited to see a new spin on the prodigal son’s story, but after watching the movie, there were many mixed reactions.

Disappointing is the least accurate word to describe how I felt watching “The Man of God.” It was as though the perfect picture I had of the film went down the drain.

I couldn’t believe my eyes as I saw the actors deliver bad dialogue, and I noticed how every scene felt like the producers were under pressure to meet the shooting deadline.

In the beginning, we see a young boy called Samuel sitting in a church, obviously uninterested in the prayer session going on. So, he leaves to play a game of ten-ten outside with the rest of his friends. The pastor notices this, follows him, and scolds him after dispersing the group.

The next scene has the pastor beating the hell out of Samuel with a whip. It turns out the pastor is his father, who has warned him several times against his indifferent attitude towards church and religion.

Despite his mother’s pleas and father’s warning, Samuel does this again, and his father beats him. It was during his mother’s consolation attempts that he vowed to, someday, run away from home.

Time jumps to many years later, and we see that Samuel has turned into what his father feared he would become. He is now a rebel who emulates the Afro legend, Fela. We see him dancing on a stage with a lot of girls, smoking, and just screaming into the mic. After his performance, he goes out to meet a girl named Teju, who gives him a couple of handouts and a letter from his mum.

The following morning, we wake up to see Samuel kissing goodbye to one of the dancers, Rekya, who is also his lover and roommate. When she leaves, he opens the letter from his mum, revealing it’s been three years since he last visited home.

While Teju walks to class, another character named Joy is introduced. The two ladies are best friends who attend the same fellowship. One night after fellowship, Joy follows Teju to one of Samuel’s shows. Upon seeing Joy, her beauty smote Samuel, and he flirted with her.

One day, Samuel reveals his interest in Joy to Teju, causing the girls’ friendship to hit rock bottom since Teju had a crush on Samuel. Initially refusing his advances, Joy finally gives in and begins to date him. Following a revelation from Pastor BJ, she later breaks up with him but gets back together after a love note and a hug.

Because of Samuel’s academic failures, he could not graduate with Joy. This caused a strain in their relationship because Joy went to another state for her NYSC, where she got married to a pastor called Zach. This makes Samuel fall into a deep state of depression and loneliness. Teju helped him put his life on track, and they got married.

In another time scene, we see Samuel living an almost perfect life; a choir minister and happily married to Teju. Out of the blue, Rekya calls, announcing her arrival and making plans for them to meet up. During their meeting, Rekya advises Samuel to start his church so he can start earning big money because the church business is becoming profitable.

Following her advice, Samuel pretends to hear from God and establishes his church, called Vineyard of Love Ministries. Things were going great; the church was growing popular, and Samuel could afford the luxuries of life. However, Joy’s arrival back into the lives of Teju and Samuel became a threat because Samuel still had feelings for her.

Samuel, with the help of Rekya, made plans for him and Joy to travel out of the country, but Teju caught them. Feeling betrayed and used, Teju turns in incriminating evidence to the police, who were investigating her husband following several allegations.

Still dealing with Joy’s rejection, Rekya, and his mother’s death, Samuel was arrested. The film ends with him returning home to his father and brother in tattered clothes.

The breakdown – the good

The cinematography is quite impressive, with a lot of beautiful shots and enchanting scenery. Kudos to the crew for showcasing a realistic representation of what Lagos looks like in ‘real life’.

The cast also did an impressive job, especially Akah, Osas, Atlanta, and Dorcas. Their portrayal of the film’s characters was noteworthy and quite professional. It would be wrong not to appreciate Akah and Dorcas’s efforts, as they brought their musical talents to bear in the film.

Despite its many flaws, the film also does a great job of exploring themes like love, religion, and social vices, among many others. A notable mention would be its depiction of hypocritic pastors who abuse their power to commit despicable acts.

Finally, there are the amazing costumes that show you how to dress for a Sunday church service. So, if you are having Sunday styling issues, kindly consult this movie.

Bad dialogues: Listening to the characters speak made me wonder if the screenplay ever went through an editor. Don’t get me wrong, some of the dialogues were great, and the screenwriter did a nice job, but some scenes made me cringe and want to shut down my laptop. For example, the scene where Samuel was flirting with Joy had me screaming at its absurdity.

Violation of the “Show don’t tell” rule: Another flaw in the film was moving the plot forward through the use of dialogue. While dialogues are a great way to fast-track a plot, it becomes too much when, for every incident that happens, viewers hear about it via a character’s conversation.

This unpardonable flaw can be likened to describing more than half of the film’s plot to a first-time viewer. First, we see Joy marry someone else without a reasonable explanation for how that happened, except when Pastor BJ mentioned it. There is also Rekya’s suggestion to Samuel to be a pastor with no prior events leading up to that decision or conversation.

Non-cohesive scenes: If you found the plot above confusing, you would understand why we say the entire film was confusing. The scenes felt like they were pulled from different films, especially the time jump scenes. A lot of gaps exist in the movie, leaving many unanswered questions in the minds of viewers.

Unrealistic periods: Though the film did not clearly state the year Samuel was in university, one can easily conclude it was in the middle 2000s. The writers want us to think that things like smartphones and advanced computers did not exist back then, but a flat-screen television did.

Terrible background music: Some scenes did not require background music, and even when it did, it overshadowed the dialogue, making it hard to decipher what was being said. Current and future sound editors should learn a lesson from this.

5/10. Though it has a lot of flaws, The Man of God is a film that provides self-reflection and helps understand the importance of family.

“The Man of God” is exclusively screening on Netflix.

Related Topics:FeaturedNetflixThe Man of God
Up Next

HBO’s House of the Dragon is now streaming on Showmax