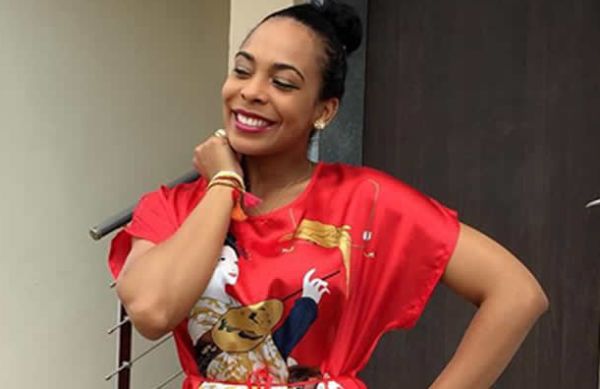 Tokunbo Idowu popularly known and referred to as Tboss has shown us how to be an instagram beggar and still remain classy, sassy and posh.

The Big Brother Naija star who became popular after her naked boobs made a debut on national TV made it known that she seriously wants to have a feel of the closets of some of the most fashionable and best dressed ladies in Africa. 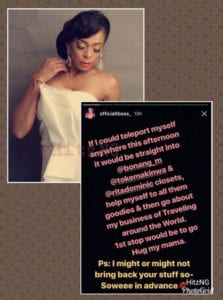 Note that the three ladies are not just classy but they are considered to be amongst the most fashionable with closets to die for!

It would have been a passable joke but TBoss went as far as mentioning the ladies and also tagging their handles so they could get the notification and probably invite her to raid.She also mentioned that whatever she takes would be hers as she has no plans of returning them.

Now this is how to beg and retain your dignity… she says:

“If I could teleport myself anywhere this afternoon, it would be straight into Bonang-M, Toke Makinwa and Rita Dominic’c closets help myself to all them goodies and then go about my business and travel around the world… I might oright not bring back your stuff, so sorry in advance! “

Hopefully, one or all of the three celebs will invite her for the closet raid.

UNILAG TV To Be Launched On This Date [SEE HERE]