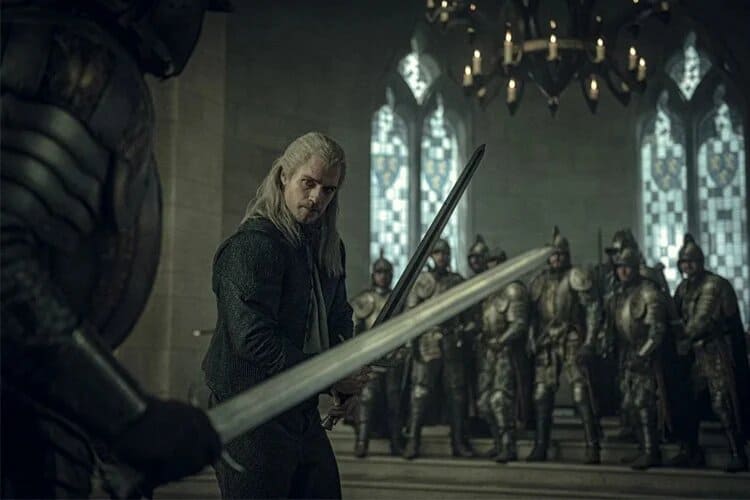 Netflix is to resume filming in the UK with fantasy epic The Witcher set to restart shooting on 17 August.

Under the new health and safety rules and regulations, all actors and agents in the Witcher series must be quarantined for two weeks.

Netflix, which plans to spend in excess of £400m this year making more than 50 TV shows and films in the UK, shut down all filming in March as the coronavirus pandemic struck.

I’m dusting off my lute and quill,
I have some news, some mead to spill:
After all the months we’ve been apart
It’s time for production to restart.
The Witcher and his bard – who’s flawless,
Will reunite on set 17 August.

Netflix’s Game of Thrones-style epic, which stars the Superman actor Henry Cavill, is one of the streaming service’s biggest hits, with the first series watched by 76m households. The set of the show, which is filmed at Arborfield Studios, west of London, was given a deep clean when it was shut down after the actor Kristofer Hivju revealed he had tested positive for the coronavirus.

Last week, Universal was the first of the Hollywood studios to announce it would resume production in the UK on Jurassic World: Dominion on 6 July. The main cast, which includes Chris Pratt and Bryce Dallas Howard, flew to the UK last week to begin a two-week quarantine before restarting shooting at Pinewood Studios.

The set at Pinewood has been overhauled for shooting under coronavirus conditions including an onsite medical service called Your Doctor, 1,800 safety signs, 150 hand sanitiser stations, 60 sinks and a “greenzone” for the cast and crew featuring enhanced testing and safety.

Last year, more than £3.6bn was spent making more than 300 films and high-end TV shows in the UK, such as His Dark Materials and The Crown, that cost at least £1m per episode. Netflix finished filming the latest series of The Crown, which is filmed at Elstree Studios, just before lockdown.

Related Topics:NetflixThe Witcher
Up Next