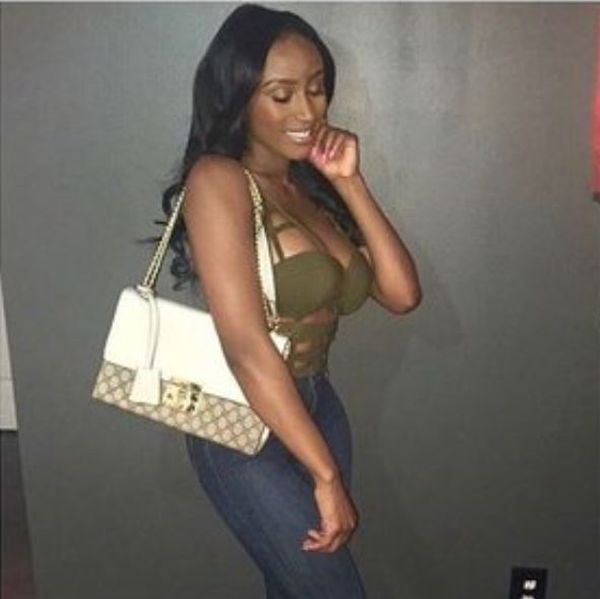 A beautiful Nigerian woman has revealed how an action by her mother later made her a s-x addict.

A woman has revealed on social media what her mum did to her as a child that made her become a s-x addict.

Morolake Carter who shared her experience, blamed her mom who forced her to undergo virginity test when she was only 16 years old.

This action, she claimed, made her curious about s-x, as she later got deflowered a year later by a random male friend in university.

Morolake also revealed that her mother now accuses her of being a slut, and sleeping with people’s dad.

See what she wrote below:-

When I was 16 my mom accused me of having sex. I kept insisting I hadn’t so she got a matron to come and do a test. My friends and I had imagined all sorts. How do you test for virginity? One of the girls said her grandmother once tried putting a whole egg into her vagina. If it drops inside it means you have lost the virginity. The thing is even with my legs wide open I couldn’t understand how an egg would enter inside. I had only managed my fingers. The matron came and asked me to lay flat on the bed. She put on gloves, inserted two finger inside me, removed them and told me to get up.

What did that mean? She took me back to my mother and started shaking her head. My mother asked me to start confessing because they had confirmed it. I started shedding tears like a tap I had never had sex. What sort of accusation was this? I “confessed” though. A whole letter of lies because no one was believing my truth and I needed the nightmare to pass. My mom “forgave” me.
A year later before I went to uni. I texted one of my random male friends “Hi, can you come and have s-x with me”.

He was excited. I already had the mentality that that was all men wanted. It was weird and dry and painful and he just kept trying. I was irritated , I had picked the wrong boy I thought he’d know better since he was in uni and had babes.

He couldn’t believe I was a virgin. Why did I choose him? I told him to leave my house. It wasn’t that big a deal. Just like that. I had lost it. I’ve grown into a very sexual person but I still wonder if it was worth it. Couldn’t I have waited? Kept it.

My mother accuses me of being a dirty slut and sleeping with people’s dads. I never have but then there’s no point explaining.

I’m 25 now and I really want to spit in her face and tell her that if I’m really a slut, it is only because of her.

Dwayne Johnson speaks on his ambition to be US president