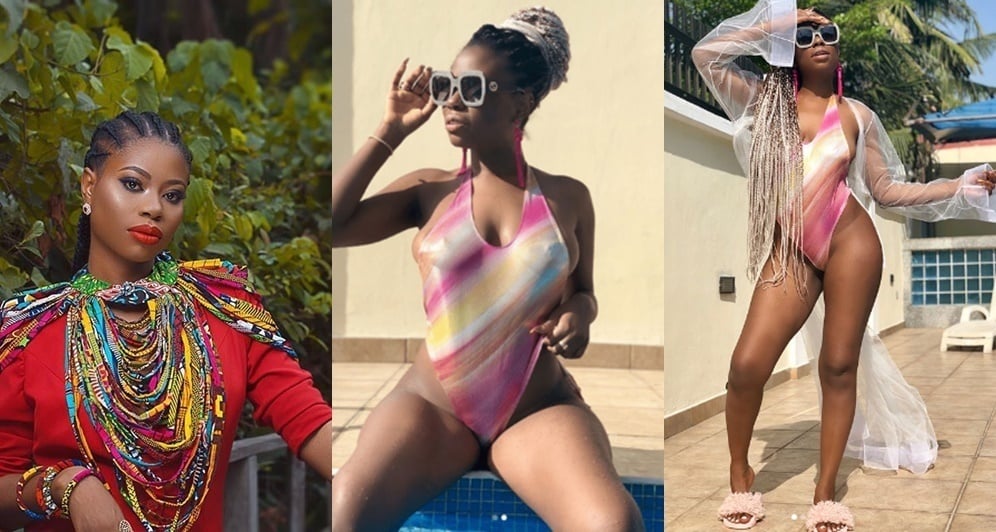 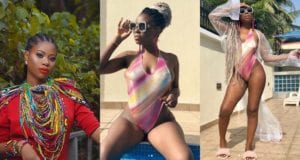 Davido’s babymama, Sophia Momodu has been dragged by Nigerians on social media after she shared racy bikini photos on her instagram page.

The controversial Sophia Momodu who has a thing for racy wears, doesn’t hesitate to post on social media anytime she feels she is looking sexy. 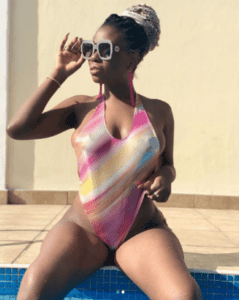 She shared the picture and wrote in the capion;

Chilling pool side earlier today in my Novacane one-piece by

After she posted the hot bikini photos, some of her fans admired her looks and praised her despite being a mother of one. At the same time, the photo didn’t go well some others. 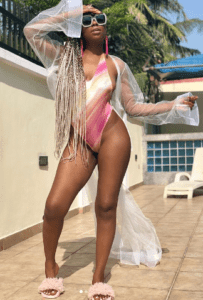 A particular follower identified as Pretty Michelle berated her for the photo and even went ahead to call her Slippers Breast to body-shame her on the shape of her breasts.

“sophia did you check yourself b4 you left d house??? have you forgotten you’re a mother who have a beautiful daughter to show good example to??? yea I know d fact that you don’t have to put on buba and wrapper to d pool but bitch d way you dressed is not d way a responsible mother is suoposed to be dressed… you have to put yourself together and stop acting like a HOE….. Dat is why d father of your baby couldn’t keep you because d HOE in you was too pronounced… get some brain bitch and stop showing d world your sagging breast.

However, a fan praised her for the look, she wrote:

I think she looks sexy asf [email protected] .Most of the people here judging her and bashing her are hypocrites.Smh let her live and I like her confidence. If I were Sophia I will post more sexy photos give them something to talk about ?????

#BBnaija 2018: Bam Bam And I Are Just Having Fun, I Have A Girlfriend- Teddy A