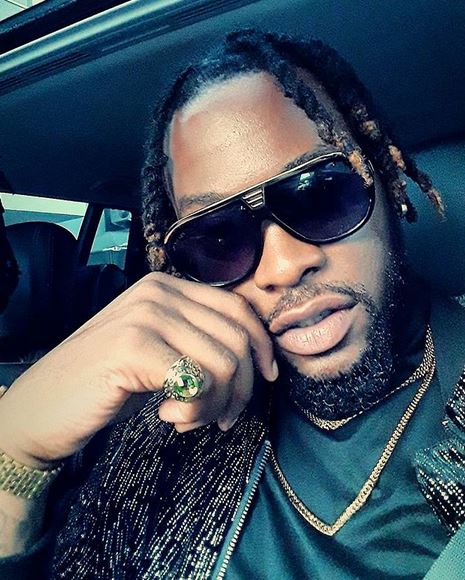 Former Big Brother housemate, Teddy A is really not a sucker for fans trolling at him.

The said follower/Internet troll, was clearly pissed at Teddy A for letting a woman ruin his chances of winning the big brother naija reality game show after he had apparently spent N9000 voting for him to beat eviction and remain in the house. After raining more insults on Teddy A, Leonard revealed that he wants he money back and will be coming back to continue from where he stopped.

Well, being the so called ‘Alpha Male’, Teddy A replied the fan by saying ‘Ogun’ will kill him, but some people were of the opinion that he was too rude to reply him like that.

See their conversation below: 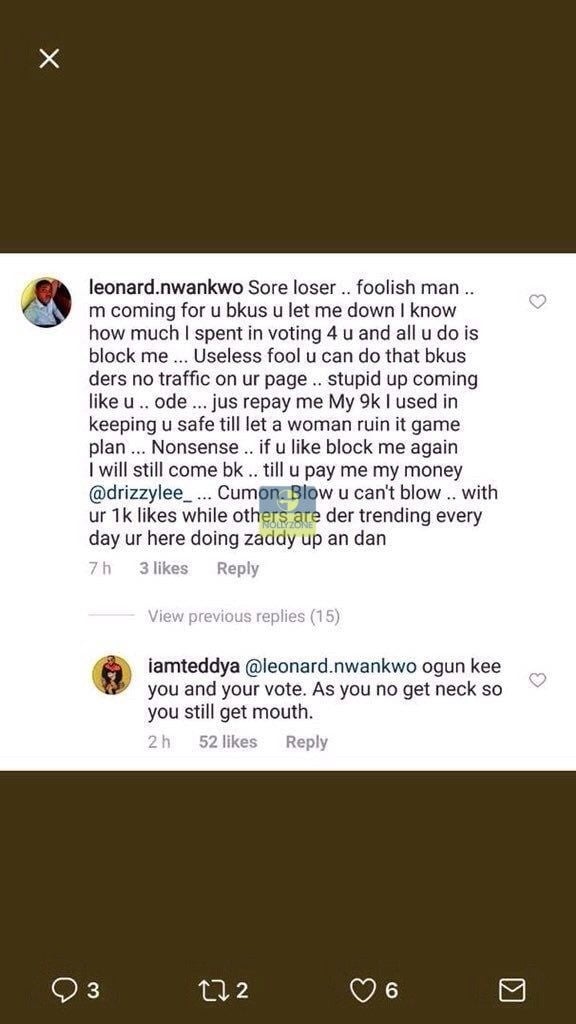