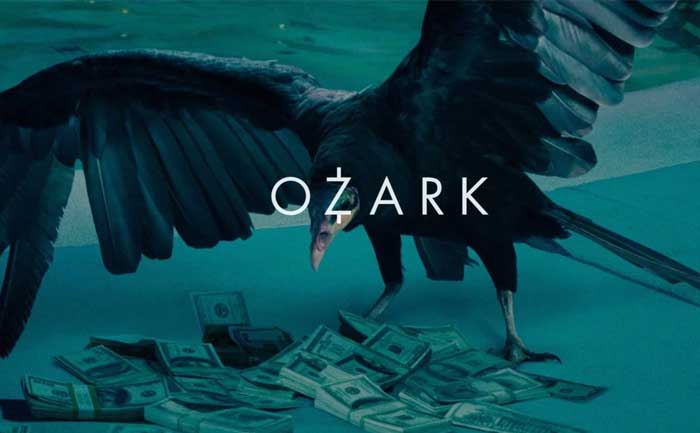 After disclosing in October 2018 that shooting of Ozark 3 had begun, Netflix has finally dropped the release date of Ozark Season 3. If you have already watched the amazing first two seasons of Ozark, you must be waiting for Ozark S3 with bated breath.

Netflix has broken its silence about Ozark S3 release date but it is still few days left for the upcoming season. The third season of Ozark is likely to come with more gripping story. In this article, we will talk about everything about Ozark season 3 from its release date, story, cast, trailer, episodes, synopsis and more.

When is the Ozark season 3 Netflix release date?

If you are desperately waiting to binge-watch Ozark 3, you will have to wait by the end of March this year. Yes, Netflix at the start of the year confirmed that all the 10 episodes of Ozark S3 will be out on Netflix on March 27, 2020.

Ozark season 3 is coming on 27 March. That's in *does maths* 79 days. pic.twitter.com/8ghrSASwbT

Who will be in the cast of Ozark Season 3?

Netflix has made an announcement that Madison Thompson (best known for starring in NCIS: New Orleans) has joined the cast of Ozark 3 as Erin, Helen’s (Janet McTeer) headstrong teenage daughter “who gets dragged along to the Ozarks for some mother-daughter bonding that ends where neither expects,” reported Deadline.

In 2020, a couple of Marvel TV stars who have recently been made redundant by Netflix are likely to join the show. Tom Pelphrey and Jessica Frances Dukes, from Iron Fist and Jessica Jones respectively, will join the cast as series regulars.

Joseph Sikora and Felix Solis will also star in recurring roles, while Janet McTeer, who plays Helen Pierce, and Lisa Emery (Darlene Snell) have been bumped up to series regulars, too.

And, of course, the entire Byrde family are expected to return, including Jason Bateman and Laura Linney.

How many episodes will Ozark S3 have?

According to a report in TV Line, similar to first and second season, the upcoming season will also have 10 episodes in it.

How to watch online and download Netflix’s Ozark Season 3

The popular TV series Ozark season 3 will be streaming on Netflix from March 27, 2020. All you have to do is to watch Ozark S3 online, you will have to sign-up for a Netflix account. If you do not want to buy Netflix subscription, do not worry the Streaming giant provides a month-long free trial to watch Anne With an E as well as exploring other content on the platform.

Will Ozark 3 be the last season? Could there a season 4 and a season 5?

Munday had previously said that they are considering to take Ozark to five season. If that’s true, Ozark Season 3 would not be the last one. Yes, we will have two more seasons if Netflix gives final nod to them.

“We’ve always talked about it as five seasons,” he said at a recent panel discussion ahead of season three. “It could be four, it could be seven … but that always seemed like a good number to us,” Mundy said.

He actually does not want to end Ozark with season 3. He is hoping that Netflix will let them stay around long enough to give the story the “emotional ending” it demands. “There’s people that are in bigger chairs than mine who make those decisions.”

Netflix has revealed that star Laura Linney is all set to play lead in another project. Yes, Linney will star in new limited series Tales of the City, inspired by the books of Armistead Maupin.

Tales of the City will be available to watch on Netflix from 7th June 2019.

Is there a trailer for Ozark season 3?

Yes, Netflix yesterday dropped Ozark season 3 trailer. You can watch the trailer for yourself below:

The official synopsis for Ozark season 3 is as follows: “It’s six months later, the casino is up and running, but Marty and Wendy are fighting for control of the family’s destiny. Marty preaches keeping the status quo. Aided by an alliance with Helen and drug cartel leader Omar Navarro, Wendy plots for expansion. But when Wendy’s brother Ben comes into town, everyone’s lives are thrown into chaos.”

Related Topics:FeaturedNetflixOzarkOzark Season 3trending
Up Next