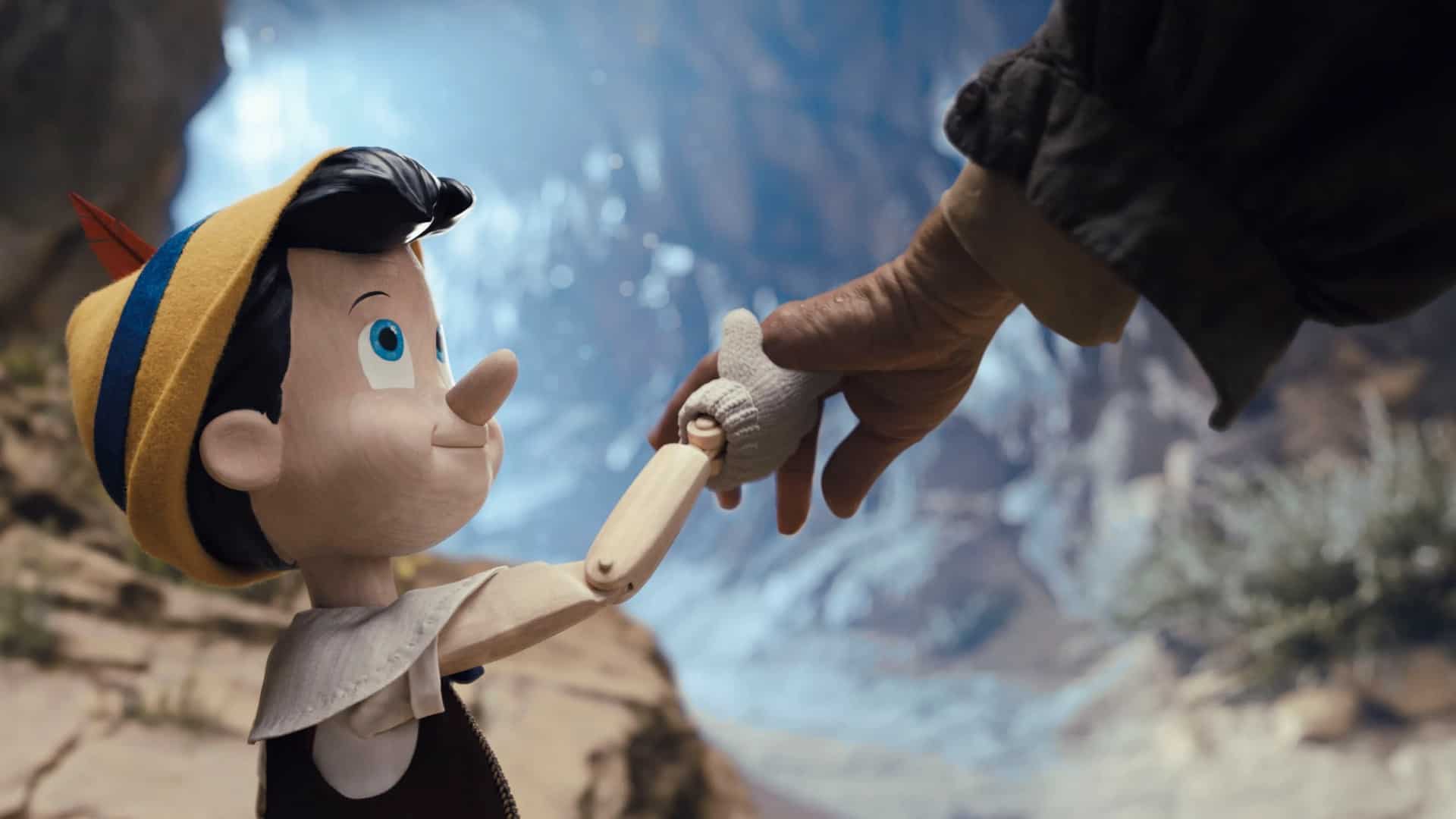 Everything old is new again at Disney with the studio seemingly feeling legally required to bring back every animated classic as a live-action retelling. The latest example is the Robert Zemeckis (Back to the Future) helmed Pinocchio remake packed with top tier Hollywood talent, and completely empty of the spirit of the original. It looks pretty and there’s no member of the leading cast worth deriding for an underwhelming performance, but fittingly like its titular boy puppet before Geppetto makes his fateful wish, it lacks that certain spark that would bring it to life.

Any Pinocchio review to not mention how gorgeous the digital magic is would be lacking. The CGI realization of the young hero is flawless, as are likewise stunning creations like the silver-tongued Honest John (voiced by Keegan-Michael Key), the helpful seagull Sofia (voiced by Lorraine Bracco), or the perfectly named aquatic beast Monstro. The puppet’s journey to Pleasure Island is pure eye-candy, and the donkey transformations that follow are perfect. There are some questionable choices made–the Blue Fairy’s (Cynthia Erivo) wings look almost more like the tendrils of an aquatic creature than something you’d find on an animal that flies, and Jiminy Cricket (voiced by Joseph Gordon-Levitt) often looks like he’s wearing a superhero mask–but regardless the production’s visual artists do absolutely glorious work.

But those same beautiful visual effects are part–but by no means the only part–of the problem. Pinocchio comes to life with its digital characters and never else, to the point where it almost seems inaccurate to call the film “live-action.” Tom Hanks‘s Geppetto is completely lost in the midst of all the CGI pets, birds, and of course his puppet son. Not since The Phantom Menace has it been more glaringly obvious that an actor was performing alone surrounded by green screen and other high-tech references than in Geppetto’s humble abode. He, and every other purely live-action character, seem completely out of place. It’s enough to make you wonder not only what the point of such a remake is but why, if it had to happen, it wasn’t a fully CGI feature. Tom Hanks and the titular puppet in Pinocchio (2022)

The movie isn’t helped by often awkward pacing; enough to make you really wonder if enough people working on Pinocchio bothered to review it before letting it release. In a genuinely surprising example, shortly after Geppetto discovers his creation has come to life, we get a “getting to know you” montage, at the end of which we’re supposed to understand the woodcarver and his new son have spent significant time together. But calling it a “montage” feels like a cheat. It’s just a handful of shots that hardly feels complete enough to earn the sense of time passing, and then it’s over. If, like me, you enjoy greeting on-screen montages by singing something like, “It’s a montage, oh yeah” (not in the theater, of course), you would maybe get to “mon” before it was done.

It’s a shame because not only is so much incredible acting talent wasted in Pinocchio, but the story makes some interesting changes. I’ll avoid spoilers in case you still want to watch it for some reason, but there’s a fairly huge change to the story’s resolution. It’s the kind of thing that–under different circumstances–would no doubt anger some viewers while giving more patient and considerate watchers something intriguing to think about after the movie is over. But in this case I doubt the kind of fans who turn their noses up at any change would even have the interest left by the end of Pinocchio to start mentally writing negative reviews. The ending bucks expectations and in a better remake it could be controversial, but by the end of this version of Pinocchio you just don’t care enough. You’re left either completely confused, or just grateful that it’s over.

Guillermo del Toro‘s animated version of Pinocchio is set for a limited theatrical release in November before streaming on Netflix, as reported by Nerdist, on December 9. Hopefully our Pinocchio review for that version will be kinder. In the meantime this easily forgotten remake is streaming on Disney+ in case you still want to give it a go. The cat is cute and Disney fans will love the cuckoo clock Easter eggs. But otherwise, you’re better off rewatching the original or crossing your fingers for December.

The Crown To Stop After Queen Elizabeth’s Death?