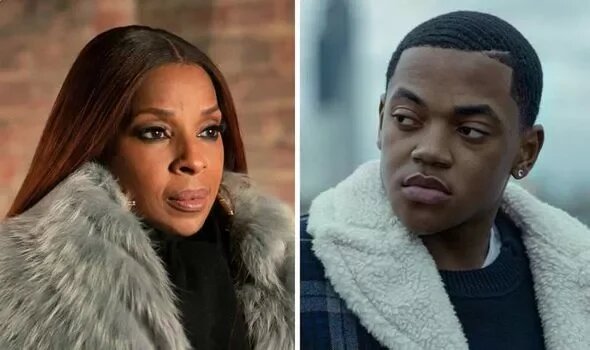 Power Book II: Ghost was supposed to air several months ago but thanks to the delay in filming, the release date had to be pushed back. When the Starz drama did finally arrive though, fans were reeled in by what was happening just a few weeks after the death of James “Ghost” St Patrick (played by Omari Hardwick). But now there are concerns the show has ended even before it really got stuck in.

Power Book II was last seen on Sunday, October 4, on Starz for the sixth instalment.

Another episode was expected to be shown at the weekend, Sunday, October 11 in its usual timeslot.

However, Power fans were left disappointed as the next episode wasn’t released.

This has led to some viewers thinking the spin-off show got cancelled midway through its first season.

Has Power Book 2 been cancelled?
Thankfully, Starz has not decided to axe Power Book II after just five episodes.

The drama did not return at the weekend because episode five The Gift of the Magi, was the series’ midseason finale.

So fear not, as there are still another five episodes left of season one of Power Book II.

There is still some time to wait though until the drama returns to our screens.

Power Book II’s initial release date was delayed thanks to the coronavirus pandemic which put a halt to filming.

The first five episodes were only able to make the new September release date though as the filming had been completed on them.

More filming is still needed for the second half of season one which is what’s taking place while the show is off air.

Once shooting is completed, Power Book II will make a return for the second half of the series.

An exact release date hasn’t yet been revealed by Starz for Power Book II series one, episode six.

This could be because it will depend on if filming can go ahead without any further interruptions.

A teaser did reveal though that Power Book II will be back sometime in December.

So as long as everything keeps the cast and crew’s schedule, it won’t be too much longer before the series returns.

Then, in a confused state, Tariq went to visit sister Raina’s (Donshea Hopkins) grave and “confessed” to their father’s murder.

He said how she needed to save a spot for him in Heaven, fearing for what is going to happen to him.

After listening to the recording, Davis Maclean (Method Man) agreed to try and prove Tariq was the killer.

But will the new duo be able to put Tariq behind bars for Ghost’s murder?

Power Book 2: Ghost is available to watch on Starz