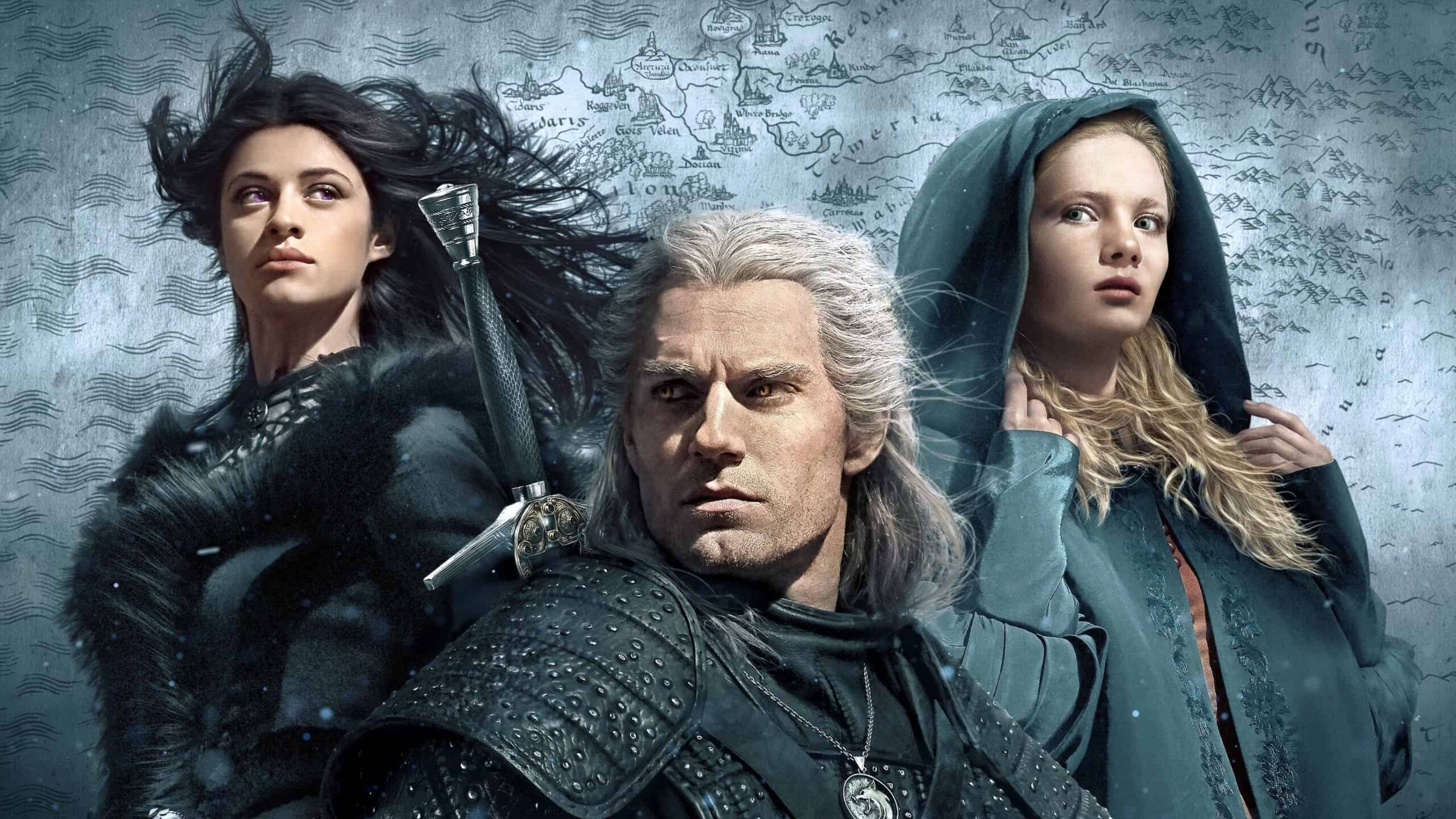 Toss a coin to your favorite Netflix executives because The Witcher is officially coming back for season two. Back in November 2019, more than a month before the series premiered, Netflix announced plans for a second season, set to air in 2021. Since then, the series—as well as most of the entertainment industry—halted production for several months due to COVID-19 concerns. So what does this mean for The Witcher, which was filming its second season when the shutdown occurred? Here’s everything we know about The Witcher season two. 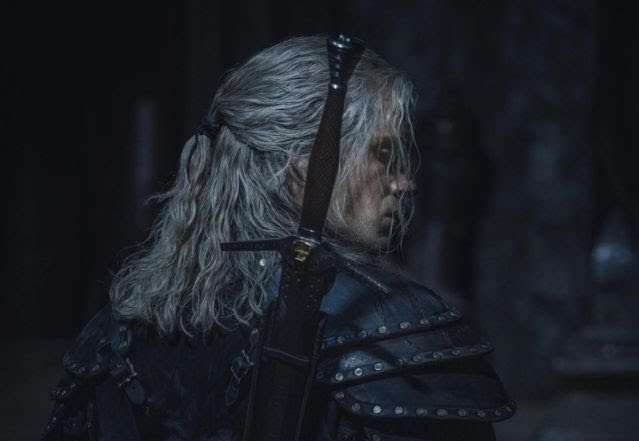 On October 5, Henry Cavill shared the first official images of Geralt of Rivia from The Witcher season two on Instagram. As expected, Geralt is just as broody (and dirty) as he was when we left him. While the photos give us yet another opportunity to gush over his luscious locks, the photo of Geralt wielding his trusty sword below gives us a fuller glimpse of the witcher’s new look. Not only is Geralt spotting a full set of nice, new armor, he’s also carrying some additional means of protection.

While it’s a little too dark to see clearly, it appears Geralt is carrying a few handy bottles of the elixirs that enhance his powers strapped to his thigh. Well, that or some handy new explosives. 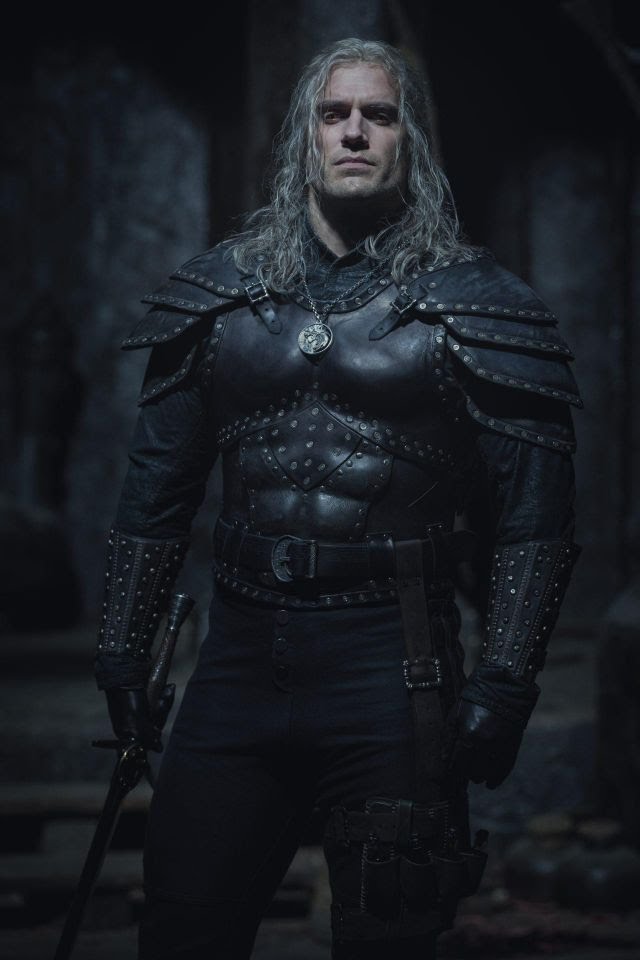 Cavill’s caption featured a quote from Andrzej Sapkowski’s The Time of Contempt, the second book in The Witcher series, which reads,

“‘It may turn out,’ said the white-haired man a moment later, ‘that their comrades or cronies may ask what befell these evil men. Tell them the Wolf bit them. The White Wolf. And add that they should keep glancing over their shoulders. One day they’ll look back and see the Wolf.’”

We may still be a ways away from seeing Geralt back on our Netflix screens but if this passage is any indication, we’re in for an exciting season two. 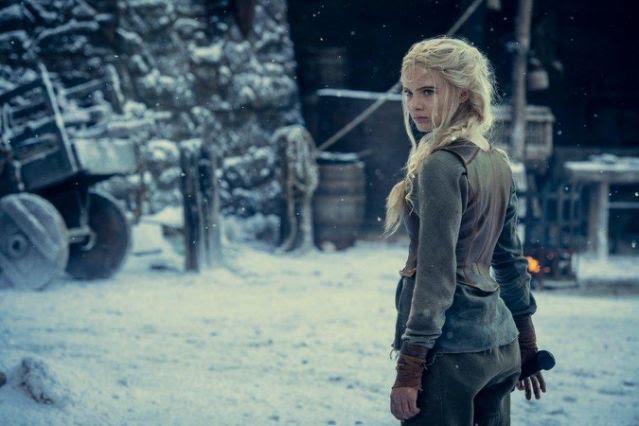 Ciri trains in The Witcher season 2

Netflix also shared a look at Ciri’s new season two costume on October 6, 2020. She’s with Geralt (as far as we know) following the end of season one, and she’s learning to fight. We’re getting major Arya Stark vibes.

Following her fiery sacrifice in the season one finale, many wondered about Yennefer’s fate. Luckily, Netflix released new photos on October 6, 2020, revealing Yennefer is alive… but not necessarily safe. 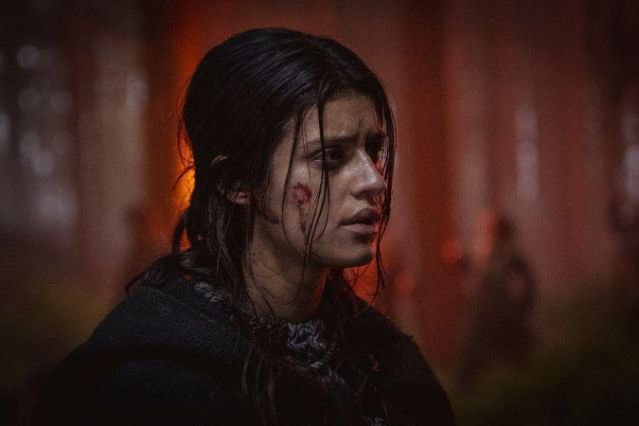 The photos, which see Yennefer look more than a little worse for wear and in chains, indicate the trouble ahead. Who exactly has her captive? And will season two feature a glorious rescue mission? 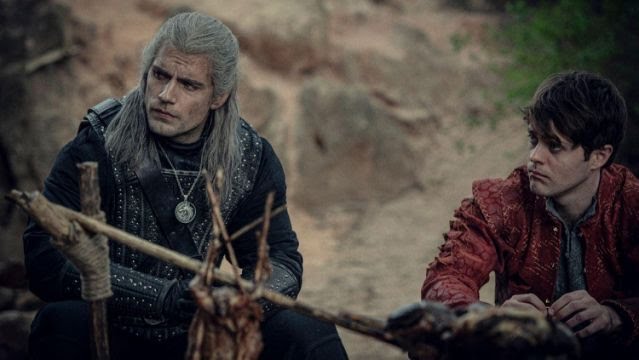 You can’t have The Witcher without Geralt of Rivia. Henry Cavill is, of course, reprising his role as the titular witcher. Joining him are the rest of the principal quartet: Anya Chalotra as sorceress Yennefer, Freya Allan as Princess Ciri, and Joey Batey as the beloved bard Jaskier. 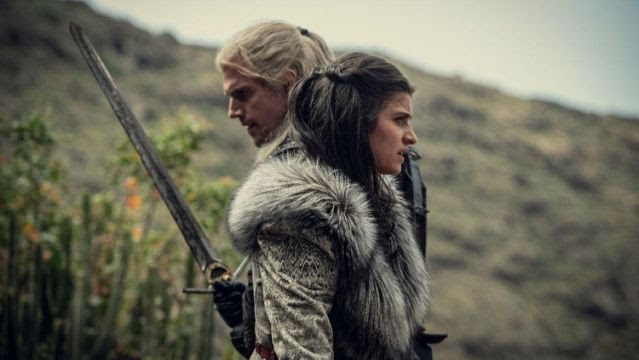 “Convinced Yennefer’s life was lost at the Battle of Sodden, Geralt of Rivia brings Princess Cirilla to the safest place he knows, his childhood home of Kaer Morhen. While the Continent’s kings, elves, humans and demons strive for supremacy outside its walls, he must protect the girl from something far more dangerous: the mysterious power she possesses inside.”

In an interview, showrunner Lauren Schmidt Hissrich teased the introduction of more witchers. The season will take Geralt back to Kaer Morhen, a.k.a. the place witchers are trained, where we’ll meet his mentor and “brothers.” She told The Wrap that season two is about “getting Geralt back to his roots and sort of learning where he came from and what his story is and what his sense of family is.” 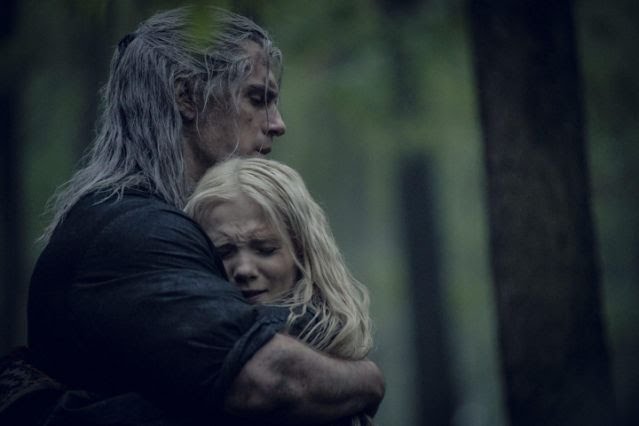 One major change in season two is the single timeline, a shift from the multiple timelines used in season one. However, she confirmed the use of flashbacks, flash-fowards, and other “fun challenges with time.” Season two consists of eight episodes, with Stephen Surjik, Sarah O’Gorman, Ed Bazalgette, and Geeta Patel each directing two episodes. In an interview with winteriscoming.net, O’Gorman teased an “exciting” second season for Ciri, Yennifer, and Geralt. She said, “It has the mix of mythical monsters, with those big set pieces, but with the big emotional journeys. Which is what I find appealing.”

Who Are These New Witchers? 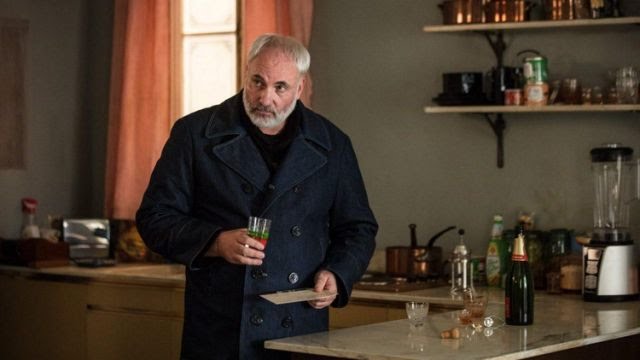 After exclusively focusing on just a single witcher—apologies to Remus—in season one, season two will introduce a bevy of new witchers. Killing Eve star Kim Bodnia has signed on to play Vesemir, legendary witcher and father figure for Geralt.

Netflix described the character in a press release as,

“A charming relic of the witcher Golden Age, Vesemir is the oldest and most experienced witcher in our series, as well as a father figure to Geralt. As one of the survivors of The Massacre at Kaer Morhen, a haunting slaughter that nearly exterminated the Witchers, he is fiercely protective of the remaining few, who he sees as an endangered community who can find glory on “the Path” slaying monsters.”

Actors Paul Bullion and Yasen Atour will play a pair of witchers named Lambert and Coën. 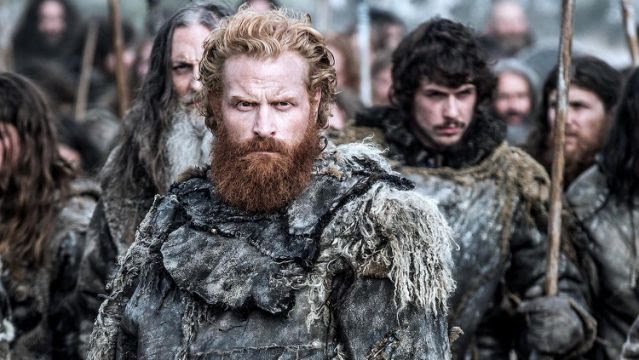 Tormund Giantsbane in Game of Thrones

Game of Thrones alum Kristofer Hivju will play Nivellen, a character featured in Andrzej Sapkowski’s short story “A Grain of Truth.” Other new additions include The Danish Girl’s Aisha Fabienne Ross as Lydia, Basil Eidenbenz (Victoria) as Eskel, Agnes Bjorn as Vereena, and newcomer Mecia Simson will play Francesca. Thue Ersted Rasmussen, who was originally cast as Eskel, left the series due to scheduling because of COVID-19.

Unlike many characters previously featured in Andrzej Sapkowski’s books or the video games, Dolittle‘s Carmel Laniado’s Violet is a creation for the Netflix series. The character is described by Deadline as “a young girl whose playful and whimsical demeanour is a front for a smarter and more sadistic character.”

Netflix as announced another slew of exciting season two castings, which include Bridgerton’s Adjoa Andoh and Outlander and Preacher alum Graham McTavish.

Andoh will play Nenneke, a priestess from Melitele and longtime ally of Geralt’s. McTavish will play Redanian intelligence leader Dijkstra. The detective agency Codringher and Fenn is also making its debut during season two. Simon Callow, best known for Four Weddings and a Funeral and another Outlander alum, is the former, while Liz Carr, in a gender-swapped casting, is Fenn.

Chris Fulton will play Rience, who in the books, is a powerful mage on the hunt for Ciri, while Cassie Clare will play Redanian sorceress Phillippa Eilhart. Among the castings is a lone original character in Kevin Doyle’s Ba’lian. 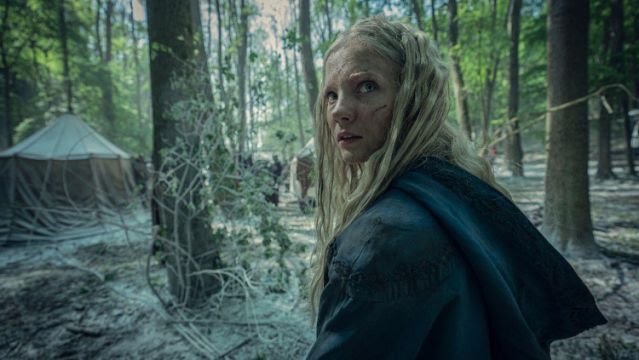 Netflix hasn’t announced an official release date but filming on season two is officially finished. Jacqueline Rathore, who worked as a hair and makeup artist on the series, confirmed in her Instagram Stories that filming wrapped on March 30. (Which we learned about at IGN.)

The season two announcement posted to Twitter in November 2019, confirmed the series would return sometime in 2021. Netflix kept things pretty vague, as the streamer is wont to do. It’s a move that has aged very well in this COVID-19 era. The Witcher was only a month into production on season two when coronavirus concerns halted it in mid-March. (Hivju tested positive for the virus soon after production shut down.) According to the series’ official Twitter account, production resumed in the UK on August 17. Cavill shared a behind the scenes look from season two—specifically from the hair and makeup chair.

There’s no word on whether the COVID-19 shutdown will affect the series’ release date. Given filming is over, we could be in for a late 2021 release. But, it wouldn’t be surprising if the series airs in 2022 instead.

Any News Beyond Season Two?

Going into the series, viewers knew they’d get at least two seasons of Henry Cavill battling monsters in a gorgeous silver-white wig. Netflix hasn’t said anything yet about season three, but Hissrich hasn’t thought ahead. In November 2019, she told Escapist that she’s mapped out seven seasons worth of storylines.