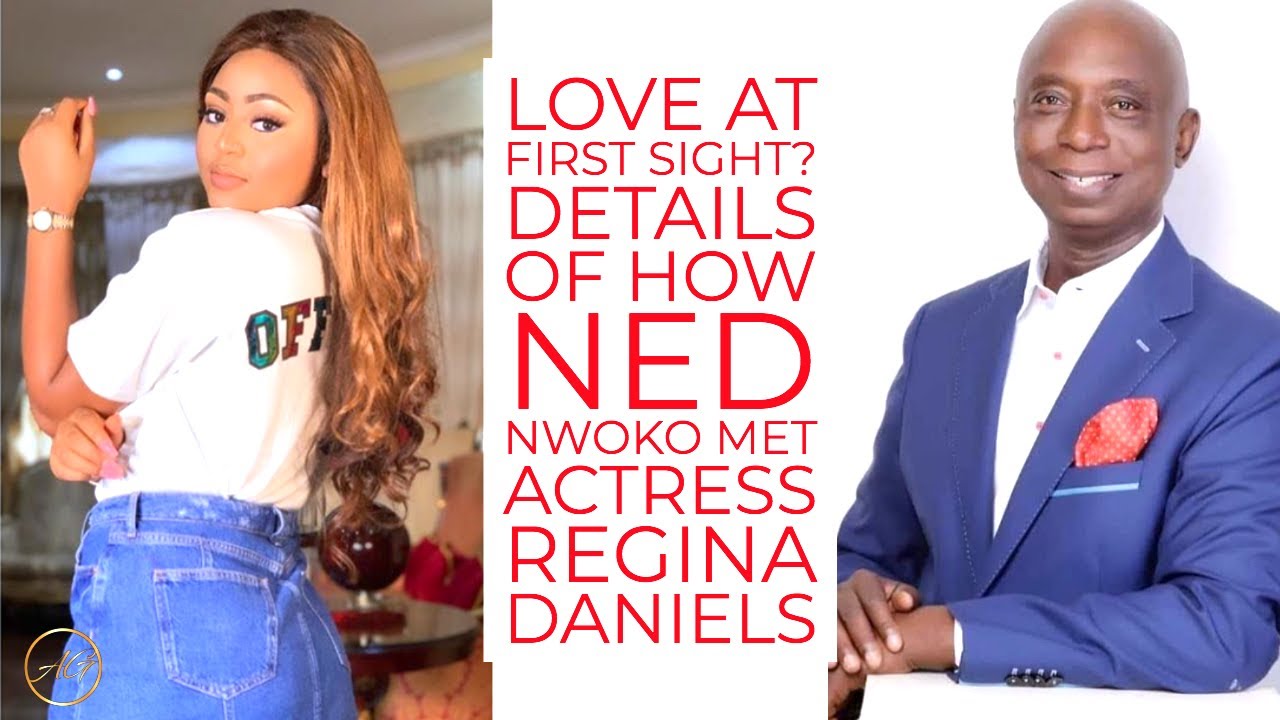 Regina Daniels and Ned Nwoko recently uncovered affectionate data about their relationship in an interview with Daddy Freeze.

Ned Nwoko held a dinner to celebrate Regina’s birthday in Dubai when Daddy Freeze took them up on their love story and marriage.

The couple looked happy together as Regina kept stricken over her billionaire husband, who looked easygoing without any show around him.

Here is a portion of some said points from the conversation between Daddy Freeze and the Nwoko couple.

Prince Nwoko quickly pointed out that his meeting with Regina Daniels wasn’t orchestrated by her mum, Rita Daniels. He simply said, “Some people thought I met her through her mum but that isn’t the story.”

One of the discussions that took the better part of the birthday dinner was the age difference between the Regina Daniels and Prince Ned Nwoko. Freeze couldn’t help but ask what the young wife feels about their age difference. She said, “I don’t think I would have married somebody of my age or a little bit older because I’m quite stubborn, very, very stubborn, my head is not down.” Regina’s friend, Toyin Lawani, who was also at the dinner lends support to Regina saying age difference between a couple doesn’t matter as long as they are both happy. She further said she can testify to the obvious happiness and joy between Prince Ned and Regina.

4. Coping with a stubborn partner

When Regina revealed that she was a stubborn young lady, Freeze was quick to ask how her husband copes with this attribute of hers. And in response, ‘The Enemy I know’ actress said, “My husband is coping with my stubbornness because I respect him a lot.”

One of the revelations at the birthday dinner was that Regina’s wealthy husband is a great swimmer. Freeze noted that he noticed Regina had wanted the pool left opened just before the dinner started and Prince Ned was quick to tell him how he taught his ‘baby’ how to swim. He narrated how he taught Regina how to swim in just 20 minutes and how he had taught 700 people how to swim in the last four years. “I taught Regina how to swim. I love sports, I swim very well and I love to teach two or three people at a time. I have taught over 700 people how to swim over the past four years,” Nwoko said. Corroborating her husband, Regina said, “He taught me how to swim. He is a very good swimmer and I learned in 20 mins. He started by pushing me into the pool and while I was trying not to drown, he kept on saying swim girl, swim.”

Regina revealed to Daddy Freeze that she calls her husband ‘Baby’ when he asked what pet names they call themselves. Freeze had jokingly asked if she calls him daddy but she responded saying, ‘I call him baby. He’s my baby.’ For the wealthy Prince behind UK law firm, Ned Nwoko Solicitors, he’s delighted to be referred to as Regina’s ‘Baby’. The solicitor of the Supreme Court of England and Wales excitedly told Freeze that he’s the youngest baby in town. “I’m actually the youngest baby in town,” he said while brimming with smiles.

7. Cooking in the house

Regina’s wealthy would not hear of her cooking or preparing any meal though she revealed in one of her YouTube videos that she loves cooking. Regina revealed that Prince Nwoko does not allow her to cook and anytime he sees her in the kitchen, he calls her out. “He doesn’t allow me to cook and anytime I try to cook, he chases me out of the kitchen saying why did he get cooks for me because he has more important things to talk to me about or do with me,” Regina says. Further lending support to her friend, Toyin Lawani said Prince Nwoko would not allow his wife nor her friends to get into the kitchen to cook.

CLICK HERE TO JOIN OUR EVER ACTIVE WHATSAPP GROUP
Related Topics:Ned NwokoRegina daniels
Up Next

Captain America 4: Anthony Mackie To Star In A Standalone Movie?