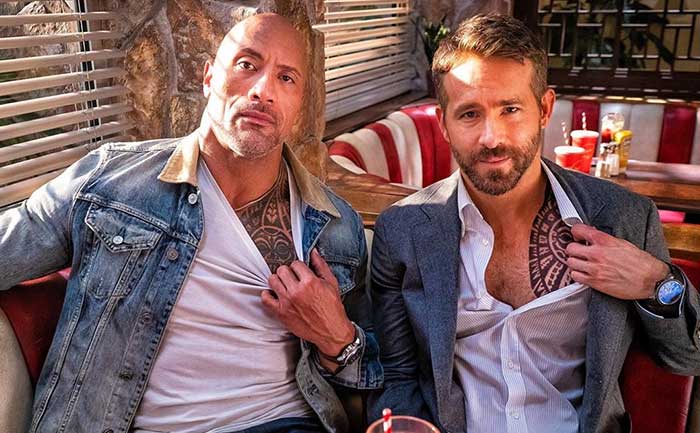 Holywood Star Dwayne Johnson and Dead pool star Ryan Reynold had come together for Fast & Furious Present: Hobbs & Shaw. Fans were pleasantly surprised to see the Deadpool star in a cameo. He played a character who has a man-crush on Luke Hobbs!

Reynolds who is busy with the promotions of Netflix title 6 Underground, appeared on Live with Kelly & Ryan. he opened up on a number of topics, one of them being about his reunion with Dwayne Johnson in ‘Red Notice’. The Netflix title also features Wonder Woman star Gal Gadot. The movie is described as a “globe-trotting heist film,” and will go into production in 2020.

🥃💀 A #HobbsAndShaw delight when audiences go ape shit with laughs & joy when @vancityreynolds comes on screen as Hobbs’ surprise partner “Agent Locke” of the CIA – who’s known for stabbing bad guys in the chest with a brick 🧱 I’ve known this brilliant SOB for years and we jumped at the opportunity to mash up our tequila and gin chemistry to deliver some magic for the audience. Thanks RR for helping make our lil’ spin-off movie, the #1 movie in the world. Fans love it, so we’ve done our job, brother. #TequilaAndGin #ForTheMFnWin #HobbsAndLocke 🥃💀

On being asked about how Dwayne is like when the cameras aren’t rolling, Reynold said, all things said about the Rock being a nice guy who works hard is true.

He said, “Off-camera, he’s sort of a lot like on-camera. Less violent. As energetic and kind, really just a genuine article.”

When asked if he would be joining Johnson for the famous early morning workouts, Reynolds joked, “God, I hope not. He’s like in his 48th trimester of puberty. I don’t think that’s gonna be a very satisfying work out for him but for me, it’s gonna be another bucket list moment.”

Ryan Reynolds also revealed to Kelly and Ryan that ‘Deadpool 3‘ was officially in the works at Marvel studios. .