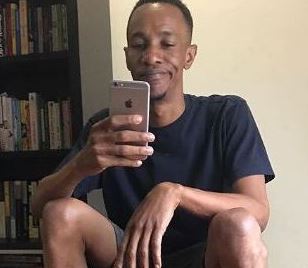 Yesterday social media was flooded with the sad news of the death of a young man named Tagbo, with Caroline Danjuma pointing fingers at Davido and his crew.

Even though Caroline Danjuma  accused Davido and his crew of dumping his lifeless body at a General Hospital after he died mysteriously.

Davido’s camp have denied the reports . But so far not a lot is known about Tagbo.

Since the deceased was not very popular the question is who was he?

His full name was Tagbo Umeike, according to his Facebook profile and he was an  alumni of Home Science Association Secondary School and a graduate of Lagos State University. He once had a stint as an engineer with ASTRA Engineering and he’s been around quite a couple of popstars and entertainers, Including Modenine.

Later Tagbo died on his birthday October 3, 2017 after a wild night out with friends.

Exclusive videos obtained by LIB show the last moments of a man named ‘Tagbo’ – whose dead body, according to Caroline Danjuma, was allegedly dumped by Davido and his crew at General Hospital. Davido has since denied this.

He was seen in the video drinking at a bar with someone shouting out that he doesn’t have the body to consume all the alcohol in front of him.

LIB Exclusive video shows the last moments of ‘Tagbo’ – the man whose dead body, according to Caroline Danjuma, was allegedly dumped by Davido and his crew at General Hospital before they ran away

New Video shows that Davido and late Tagbo partied at the same venue the night he later died, before they allegedly went their seperate ways

Exclusive Video 2: The Last moments of ‘Tagbo’ – the man whose dead body, according to Caroline Danjuma, was allegedly dumped by Davido and his crew at General Hospital before they ran away