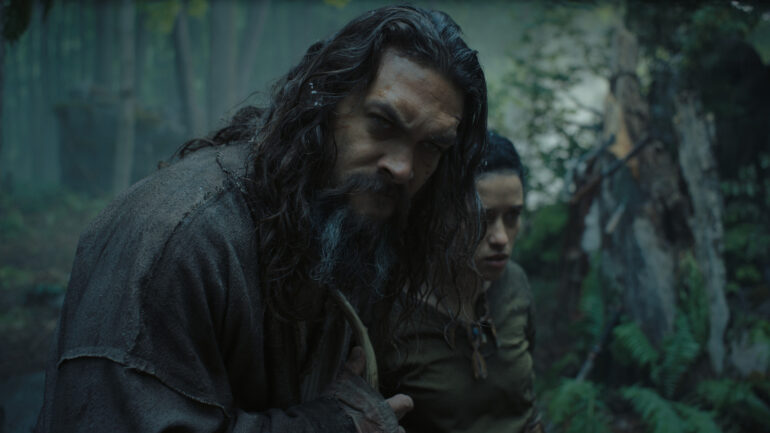 Ahead of the See Season 3 premiere, Momoa broke down what Baba will have to learn in order for the action drama to come to a satisfying conclusion. And that ending, according to the Game of Thrones alum, saw his dream action sequence come to life.

Baba and his community have tackled countless threats throughout the series. In See, everyone was born blind — an evolutionary change that began so long ago, no one recalls life with vision. But their people become a target when Baba’s wife, Maghra (Hera Hilmar), gives birth to twins with eyesight. Protecting the twins has been Baba and Maghra’s mission ever since. And in Season 3 they face their biggest and final threat in Maghra’s evil sister, Queen Kane (Sylvia Hoeks). In Season 2, Baba’s brother, Edo Voss (played by Dave Bautista), was their enemy.

“See is set in a brutal and primitive future, hundreds of years after humankind has lost the ability to see,” the Season 3 synopsis describes. “In Season 3, almost a year has passed since Baba Voss (Momoa) defeated his nemesis brother, Edo, and bid farewell to his family to live remotely in the forest. But when a Trivantian scientist develops a new and devastating form of sighted weaponry that threatens the future of humanity, Baba returns to Paya in order to protect his tribe once more.”

Momoa tells TV Insider that having the villain be the protagonist’s sibling makes for more compelling, complicated drama.

“She’s been the villain the whole goddamn time. She’s been hunting my children their whole life, so I hate that woman,” he says of Queen Kane. “The great thing is, some of the scenes that were in Season 2, I’ve gotta sit there and bite my tongue. She speaks, and she’s in my house. These are wonderful scenes, but as I was reading it, I was literally biting my tongue, and so I wanted to do that in the scene. I’m literally chewing my tongue, because I’m so pissed at what I have to go through.”

“Even this season, it’s insane what Maghra does to me and what I have to go through,” the Dune star continues. “And when he finds out — there’s one scene where I go, ‘Where’s this? Where’s Paris? What do you mean? Who is this? Why is she… what?!’ This whole scene, this guy’s getting punched in the face over and over. And as a father, if that sh*t happened, I’d be freaking out. I love that it’s her, and I love the way that this season ends, I’ll say that.”

See‘s eight-episode final chapter ends on an epic note, Momoa assures. Speaking with journalists during a press junket for the final season, Momoa said he approached showrunner Jonathan Tropper with his action sequence and acting bucket list, and to his glee, everything he wanted is what you see on screen in the final moments of the See series finale.

“It is my dream come true to do this last fight scene,” he shared. “I want to stand up in the frame, he does these certain things, he says what he says to his children, and he goes down. It was so much fun to shoot. We had our amazing stunt coordinator, and he’s our second unit director, Damon [Caro]. I did Justice League with him and Zack Snyder. He just killed it this season, called in all favors. This last fight scene is unbelievable, and it hurt like hell, and it’s worth every bit of it.”

In further comments, the Aquaman actor revealed he laid everything on the table when filming that final fight scene, and then he had to do it all again due to a filming issue. Having already said his goodbyes to Baba, Momoa couldn’t fathom doing the harrowing final sequence all over again. But he pulled it together, gave round two his all, said goodbye to Baba once more, and “I walk out to the car, and I’m hysterical for a very long time.” Overall, he’s grateful the show gets to end now and on their own creative terms, so that moment in the car was a lot of catharsis. “What a wonderful gift to be able to play Baba Voss,” he said.

At this point in his career, Momoa’s name is synonymous with epic on-screen action. See set his other experiences apart because he had a lot of creative influence on its development. (Outside of narrative discussions, the star was also able to bring his best friend, Michael Raymond James, and his dog in for Season 3. His dog, Momoa says, was one of the puppies in Season 1). 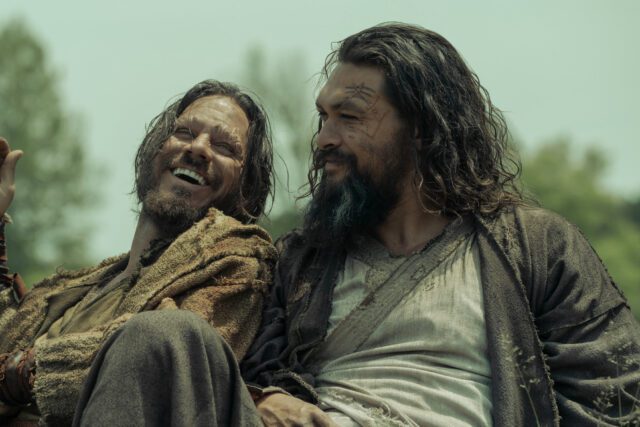 “Me and Jonathan are very tight and are allowed to work different than showrunner and actor. If I don’t know the season ender, I ask him, theme-wise, what I would want, how I want, and hopefully fuel him with inspiration,” Momoa said of his artistic goals for the show. “I put in my wishlist to my showrunner, and we really try to elevate it to a place where it hasn’t been done like that, because everything’s been done, but just trying to do things that I personally haven’t had the opportunity as an actor to go through.”

So, the epic ending has been set. But what will Baba have to do to get there? What will he have to learn? Momoa tells TV Insider that the lessons will be hard-won.

“Baba has to learn how to — I’m not sure if he learns this, but he’s trying to — pause and let things go, because things are going to end up how they are,” he says. “Whether that be his children, they’re now taking their own journeys. He’ll have to trust that he’s done a good enough job and they’re going to be just fine. He has to let go of what is destined for his wife. He has to let go of the people that he loves. They got him where he is, so Baba’s transformation is really learning how to see and let go, pause and let go to what is meant to be in the universe. Jason’s gotta do a little of that too.”

The Worst Marvel Movie Is Now On Netflix

House of the Dragon: Game of Thrones Prequel renewed for season 2