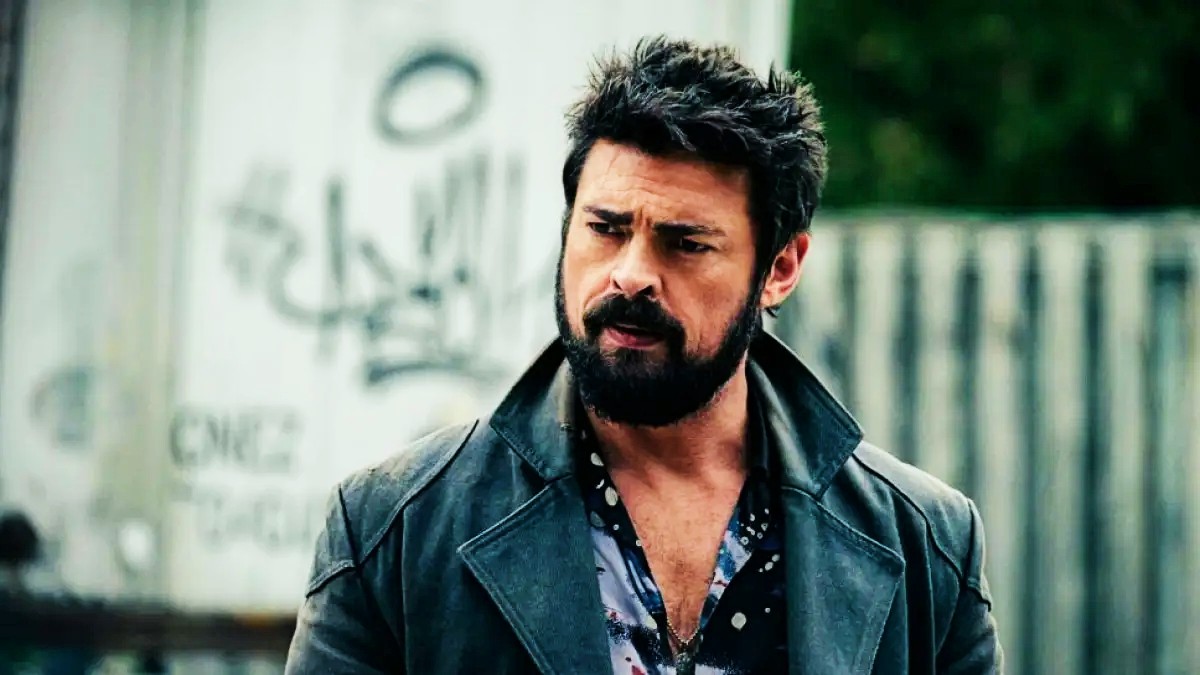 If there’s one character from The Boys that you don’t want giving your youngsters a lesson, it’s Billy Butc- actually, it’s probably Homelander. When we really sit and think about it, there are very few men (and women) we’d want from the Prime Video series influencing our elementary school-aged children in any way, shape, or form. And for good reason. But, recently, the show’s Twitter account released a little peek of what it may be like should Karl Urban’s Billy Butcher give the kiddos a mini-lecture on Supes.

This fall, the wee ones are gettin a proper education thanks to Mr. Butcher. pic.twitter.com/kn6lYQjK1f

In the clip, which you can see above, we see Karl Urban in full Billy Butcher get up, complete with his tough-guy leather jacket, wearing black down to his boots. Inside a classroom, the Supe killer is ready to give a presentation with a group of kids surrounding him. Throughout his insightful and terrifying talk, the children look on in shock as Butcher describes various ways in which they, and their families, could be annihilated by those with superhuman capabilities.

With Season 3 of the Karl Urban-led satirical series now in the books, Season 4 looms just on the horizon – full of wonder and mystery. The cast is currently in Toronto, Canada in the early days of filming, so it’s only a matter of time until we get more sneak peeks into what we can expect from the approaching season. While it made for a good bit of promo material, we’re guessing Butcher most likely won’t be heading into classrooms across America to give students everywhere this chat during the upcoming season.

What we can expect is more action, gore, and humor as the Eric Kripke-created series shows no signs of slowing down. While Season 3 was a reunion for Kripke and one of his Supernatural stars, Jensen Ackles, Season 4 will feature the likes of another Supernatural alum, Jeffrey Dean Morgan. Morgan will join the already stacked cast that includes Karl Urban, Jack Quaid, Erin Moriarty, Laz Alonso, Tomer Capone, and others, along with newcomers Valorie Curry and Susan Heyward.

In Season 3, we watched as Jensen Ackles’ Soldier Boy turned the world to ash on his quest for revenge against his original group, Team Payback. By the time the curtain came down on the season’s final moments, we watched Soldier Boy get put back on ice, meaning there’s a good chance we’ll see him again sometime in the future. Meanwhile, one of the biggest themes of the most recent season was that of fathers and their sons. Along with the big reveal that Soldier Boy was Homelander’s (Antony Starr) father, we also watched the drama unfold with Ryan (Cameron Crovetti) and Karl Urban’s Billy Butcher when Butcher’s poor parenting drove Ryan into the arms of his homicidal biological dad, Homelander. With Crovetti upped to a series regular, we know we’ll be seeing more of that terrifying storyline play out.

With so much excitement coming our way during The Boys Season 4, we can’t wait to see what the cast and crew have in store for us. While Karl Urban and the rest of the gang may not be donning their costumes and heading to schools to warn the youth about the dangers of Supes, the clip is a standalone, perfect example of what The Boys is all about.