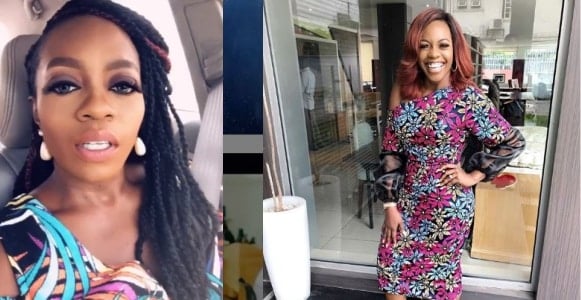 Media personality, Shade Ladipo has announced her exit from Silverbird Television for being controversial. Ladipo told her fans and followers on Instagram that she was fired by the management of STV for being too controversial.

“So apparently, Silverbird fired me because apparently, I’m too controversial, I say too much things I guess, trying to settle me, I guess, I don’t know but you know what, I don’t know, I’m like okay, that’s fine.”

The short video was captioned, “It’s been a weird sort of day and I’m sad to say that my run with Silverbird TV is over Suffice to say but my being soooo controversial didn’t go down well with the powers that be I have enjoyed every opportunity given to me but #FvckYou #FvCkYouChallenge #TheyDidntEvenWaitForMeToFinishMyProgramForTheDay

CLICK HERE TO JOIN OUR EVER ACTIVE WHATSAPP GROUP
Related Topics:ControversialSackedShade LadipoSilverbird Tv
Up Next