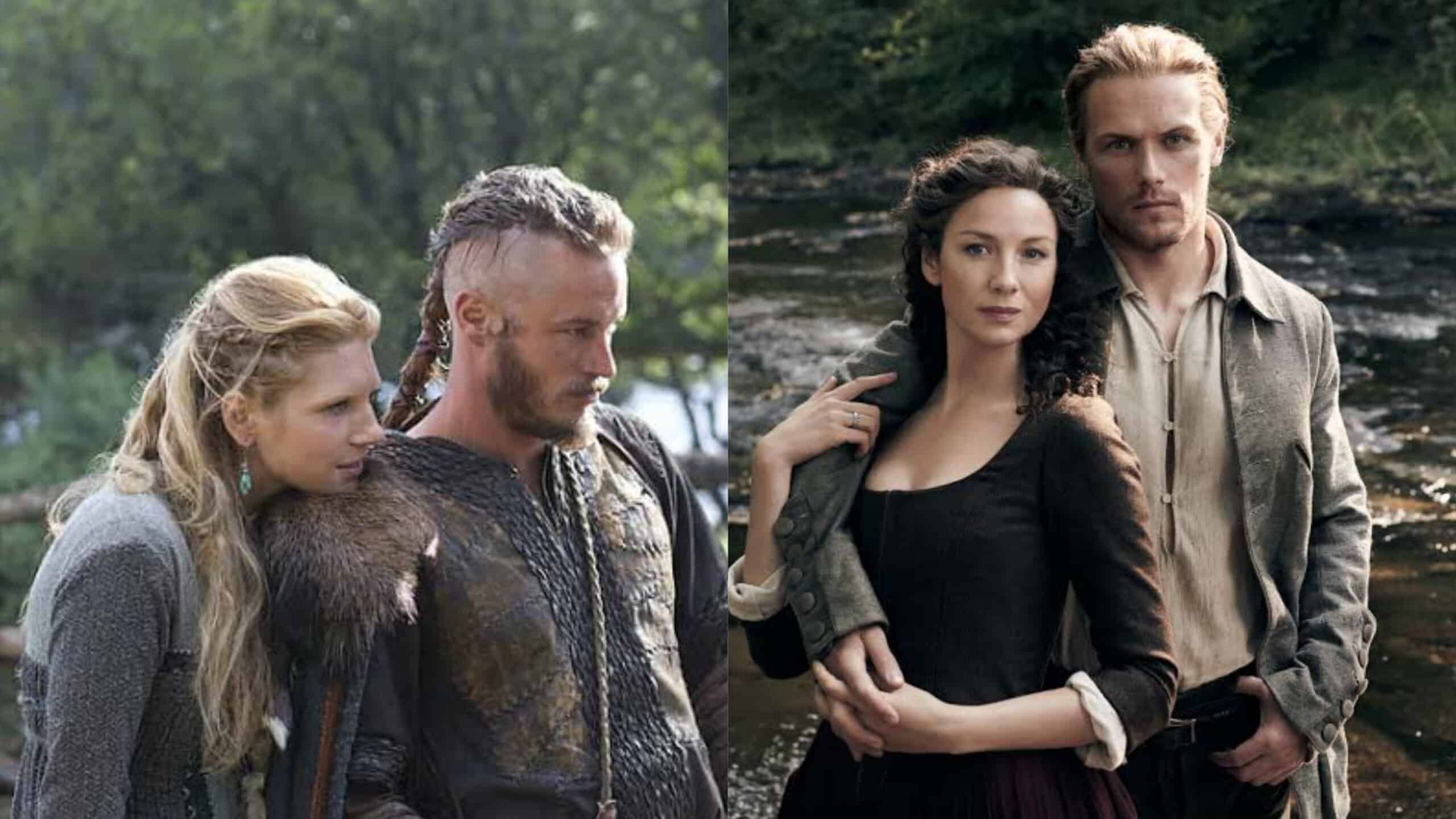 Winter came and now it’s gone. If this show was an addiction to you, we know how you feel, it was great but nothing is permanent. And also, it ended the way you weren’t expecting it to end. 8th was the last season of the show and its poor writing twisted the knife in the wound of many Game of Thrones fans and enthusiasts. But hey, there are several other shows to satisfy your cravings. Maybe they’ll not be as good as Game of Thrones to you, maybe they’ll be but they sure are more than enough for sure. We’ve provided a list of 15 shows like Game of Thrones. They’ll not be totally like Game of Thrones but I bet you’re going to enjoy them a lot.

Black Sails is a prequel television show to Robert Louis Stevenson’s novel “Treasure Island”. The show is set two decades before the events of Treasure Island. The depiction of this show would make you think twice if it is actually a show or you’re watching video clips of real pirates. Another reason for the popularity of this show is it’s characters too. The story revolves around a crew of pirates led by Captain Flint, their conflicts in the New Providence Island, and their Journey’s here and there. Some real-life pirates are also fictionalized in this show. You should give this a go.

Set in the year 1306, Knightfall is a historical show by the History TV Network. Now not only will you see amazing drama but also some real characters and the crusades and wars of that time. Most of the story is fictionalized but that doesn’t mean that nothing is real. History TV always tries to give their best when it comes to historical accuracy. Overall Knightfall is going to be a good watch. 2 Seasons, 18 episodes full drama, war, and action. Knightfall’s season 2 makes it even better.

Unlike most of the historical shows which are usually set in England or Scandinavia, Medici is an RAI Television network show which means it’s set in Italy. Medici also stars a major Game of Thrones actor, Richard Madden, so you really do not have to worry about the acting part. Not only Richard Madden but the political aspect of this show is as good as Game of Thrones. The three seasons of Medici contain amazing drama in it. The show, Medici is set in medieval Italy and revolves around the wealthy Medici family.

AMC isn’t known for making such type of shows, I mean they’ve made shows like Into The Badlands, I mean they made shows like Breaking Bad, Better Call Saul, Mad Men set in the 20th and 21st century but in Into The Badlands, it goes 500 years ahead in future in a post-apocalyptic world where they do martial arts. The critics have been in favor of Into The Badlands. However, it was cancelled after it’s 3rd season concluded. But even with it being cancelled, there are still 32 episodes and they’re really more than enough. It’s simply amazing.

This show doesn’t have many seasons but the two seasons it has are enough to entertain you so freaking much. This show is set in the 1st century BC during ancient Rome’s transition from Republic to Empire. Some real historical figures appear in this show. The story of this historical drama primarily revolves around the two soldiers Titus Pullo and Lucius Vorenus. These two are the fictionalized soldiers mentioned in Caeser’s Commentarii de Bello Gallico. If you watch this show, there aren’t gonna be any regrets, it’s simply amazing.

The Borgias is another historical-fiction and political drama on this list. This Showtime original contains amazing cast, full of talented actors and fantastic characters. The Borgias ran for three amazing seasons but eventually, it was cancelled by Showtime due to expensive production. The three seasons are totally worth it, though. The story is about the Borgia Family which rises to a crescendo of power of the Roman Catholic Church and their struggles to maintain their power. A heat generates between the Borgia Family and the opposition of Rodrigo Borgia, Giuliano Della Rovere after Della Rovere loses the election of the papacy.

The Tudors is a historical fiction television series set primarily in 16th-century England, created and written by Michael Hirst. The show features a couple of popular and faces like Henry Cavill and Natalie Dormer. But they’re just the popular ones, the show also features some actors who really nailed their characters in the show. This show focuses on the early years of King Henry VIII’s 38 years reign of England. The series looks at Henry’s famous female companions like Catherine of Aragon and Anne Boleyn and delves into his relationships with important figures like Sir Thomas, Cardinal Wolsey, and Charles Brandon, Duke of Suffolk.

Marco Polo is an adventurous, dramatic and historical fiction. It is shot in 5 different countries. Unfortunately, this show ran for only two seasons and then got cancelled. But worry not, these 2 seasons are enough. Marco Polo casts amazing actors with a popular face, Benedict Wong as Kublai Khan. But the show primarily focuses on Marco Polo, a Venetian merchant. This is an amazing historical fiction and it’s 2 seasons (20 episodes) are totally worth your while if you’re looking for a show that goes way back in time.

Like Lord of the Rings, Spartacus was also produced in New Zealand. This series was inspired by a historical figure Spartacus, a Thracian gladiator. Unfortunately, Andy Whitfield who played Spartacus in the series was diagnosed with early-stage non-Hodgkin lymphoma and died on 11 September 2011, so Starz produced a six-episode Prequel mini-series named Spartacus: Gods of the Arena. This series has a really thrilling storyline and the action is totally entertaining, you will not regret watching this show. You can watch Gods of the Arena later or before starting the Spartacus: Blood and Sand, though. You will really enjoy this one if you watch it.

Outlander is a historical drama show based on the novel of the same name by Diana Gabaldon. Outlander has time travel, romance, tragedies in two different timelines. Claire Randall, a nurse during World War II is mysteriously swept back in time in the year 1743. And her journey and the story of Outlander begins with the time travel. She ends up with a romantic Scottish man, Jaime Fraser. What happens between them and between these two timelines is what makes it so interesting. 5 amazing seasons are out and the show is still going on as the 6th season is coming soon.

Merlin is an adventurous show loosely based on the Arthurian legend of a wizard named Merlin and his close friendship with King Arthur. This show has magic and dragons just like Game of Thrones. It is suspenseful that it’ll make you sit on the edge while you watch. The acting in Merlin is praiseworthy too. The adventures of Merlin and Prince Arthur in Camelot are really thrilling and amazing. There’s action and there’s fun. There isn’t any abusing, use of harsh words or any adult scenes or the bloodshed like Game of Thrones but when you watch it, you are not going to complain.

The Last Kingdom is a BBC original show based on the Saxon Stories by Bernard Cornwell. Though The Last Kingdom is fictional, it contains some historical figures and events. The Last Kingdom is the kind of show that gets better and better. It primarily focuses on Uhtred of Bebbanburg, who was adopted by the Viking Earl Ragnar. The fourth season just came out a few months ago. The Lasy Kingdom hasn’t received much hype and doesn’t have as many viewers as it deserves. It is full of compelling plots and really worth watching.

Vikings is a historical drama by the History TV Network. It primarily focuses on Ragnar Lothbrok and his adventures in the west and other places. The characters are so cool and amazing in Vikings. Fearless warriors and shieldmaidens. The dialogue deliveries, the quotations, the wars, and all that is in Vikings really makes one sit on the edge while watching. The actors do a great job while portraying their characters. But the quality of the show lies within its 6 seasons full of war, drama, politics, religious beliefs.

So, that was the list of 15 shows like Game of Thrones. All of them are amazing, start with anyone you want. You won’t regret it. If you think there are any more tv shows not mentioned on this list, don’t hesitate to share it with us in the comment section.