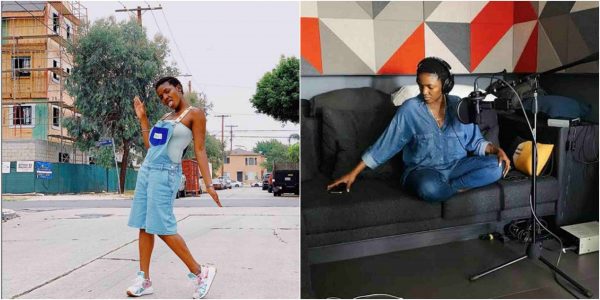 Simi has unveiled her record label, Studio Brat, to the world.

The singer who took to her social media page to make the announcement wrote that there was no need for any kind of official Press Conference as she is known for letting things flow naturally.

While making the announcement, she revealed that floating her own record label is the best part of her musical journey.

“The norm is to do a formal and proper press release, with big, impersonal words, but this is me and you. We started with true laughs, constructive criticism, silly jokes and personal moments. We’re going to keep it that way. All I’ve ever wanted was to live my dreams, to do it on my terms, but for you. Each step I’ve taken has brought me here.

This is only the beginning of the best part of my journey. I hope that you stand with me, fight with me, love with me and grow with me. My team and I have continuously put our hearts into it. Like Michael Jackson said, “Don’t stop till you get enough.”

We never want to let you down. Proof: I’m using a Michael Jackson quote. So, with a heart full of excitement, I introduce Studio Brat to you. It’s Ours. Let’s do what we do”, she said.

Related Topics:SimiStudio Brat
Up Next