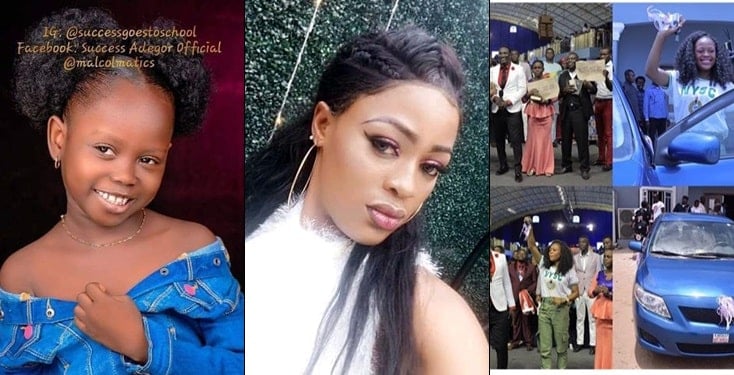 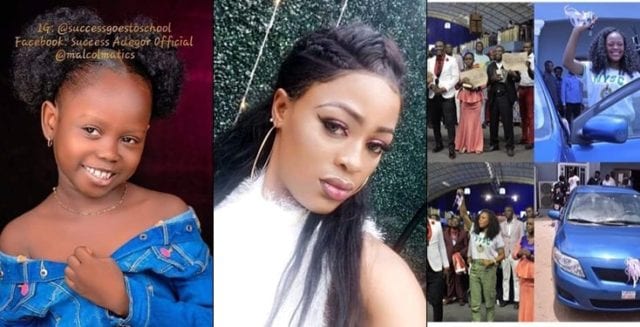 Corps member, who recorded viral video of Sapele schoolgirl, Success, where she was complaining about her absence in school, keeps on getting blessed as the young lady has received favours from Nigerians and the latest is a brand new car by Prophet Jeremiah Omoto Fufeyin 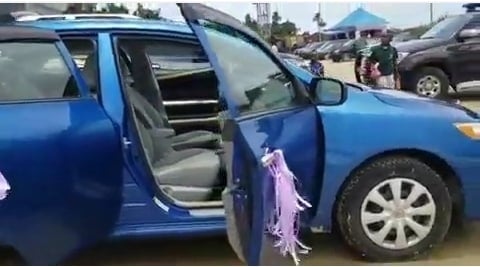 On Sunday, April 7, the prophet decided to bless Idolor once again. The prophet surprised her with a brand new Toyota Corolla car gift.

During the church service which Fufeyin invited Idolor and her parents, he gave her the keys to the car and revealed that God had blessed him abundantly after he gave her the cash gift.

The prophet noted he was blessed by God for blessing her, so he decided to bless her again. Fufeyin also gave her parents N500,000, which he told them to share N250,000 each. 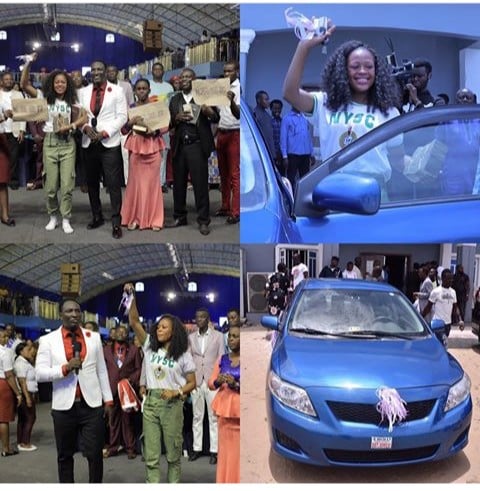 How it all started:

A Nigerian primary school student identified as Success had gone viral some weeks back after she was recorded while she was complaining about her absence from school.

The 7-year-old had got angry because she was sent out of school because she had not paid her school,. After her video went viral, the little girl and her family received financial help from Nigerians who were moved by her story and her determination to learn.

The lady in the headline, Stephanie Idolor, who recorded her video and shared it online, was not left out of the blessing. Idolor also received some financial assistance from Nigerians, and it seems the blessings just keep on coming.

CLICK HERE TO JOIN OUR EVER ACTIVE WHATSAPP GROUP
Related Topics:Stephanie Idolorsuccess.
Up Next