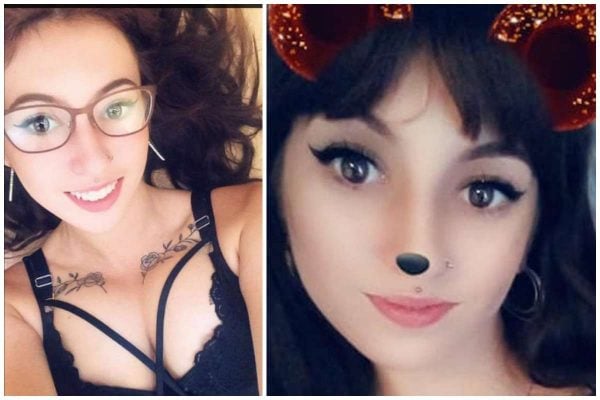 A teenager got so addicted to Snapchat filters that she refused to leave her bed without one, because she couldn’t bear to look at herself without it.

The student began applying all sorts of ‘attractive’ filters to herself to adapt her pictures, however after eight months of using the app, it stopped working on her phone, meaning Maisie could no longer take edited photos.

Maisie, from Maidstone, Kent, has since deleted the face-filtering app and is now learning to love her appearance again.

“I downloaded the app for the filters – it meant that I could take selfies when I had no make-up on as they would make me look prettier.

“My favourite filter was one that gave me longer eyelashes and a nose piercing, which made my face look absolutely flawless – any spot or blemish I had would disappear.

“But then I fell in love with how it made me look, and it took me away from the reality of my own looks.

“I stopped wearing make-up completely and became bed bound because I wouldn’t be able to look at myself in the mirror because I hated what I saw.

“I completely shut myself out and wouldn’t let anyone see me, as I thought people would laugh at me for being such an ugly person in comparison to what they saw on Snapchat.”

In order to regain control over her life, and stop herself from being controlled by the filters in the app, Maisie deleted it and forced herself to just use the normal camera on her phone.

Soulja Boy reveals why he hooked up with Blac Chyna