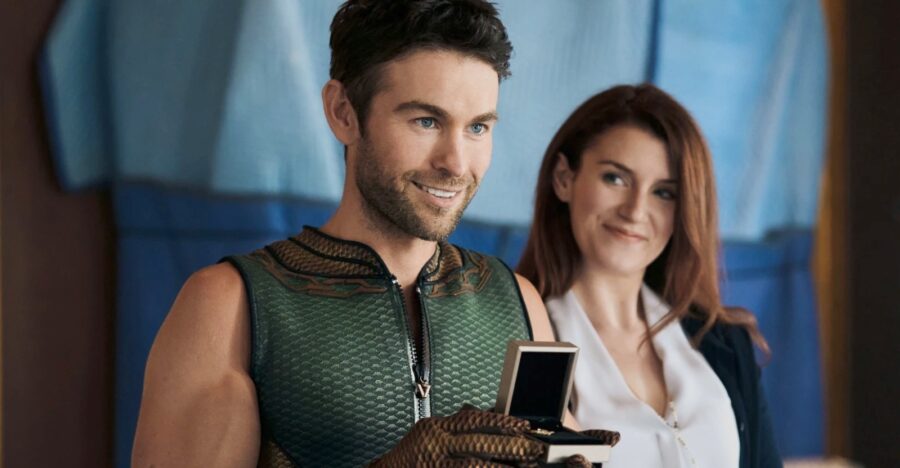 In a surprise to almost no one, it seems the Amazon Prime Video series The Boys has its own toxic fanbase. It’s a problem suffered by just about every popular film, TV series, or comic book these days, but in this case, The Boys creator Eric Kripke is fighting back against the negativity in true Boys style. After cast member Erin Moriarty revealed that she’s been the focus of some misogynistic hate from supposed “fans,” Kripke took to Twitter and said those fans should “eat a bag of d***s” and “f**k off to the sun,” according to Variety.

Hi trolls! One, this is literally the opposite of the show's fucking message. Two, you're causing pain to real people with real feelings. Be kind. If you can't be kind, then eat a bag of dicks, fuck off to the sun & don't watch #TheBoys, we don't want you. #TheBoysTV https://t.co/ZQmRlljyS6

Kripke’s R-rated response was on-brand and pointed out that the hate directed at Erin Moriarty had no place in The Boys fandom. “Hi, trolls! One, this is literally the opposite of the show’s fucking message. Two, you’re causing pain to real people with real feelings. Be kind. If you can’t be kind, then eat a bag of d****, f*** off to the sun & don’t watch #TheBoys, we don’t want you.” 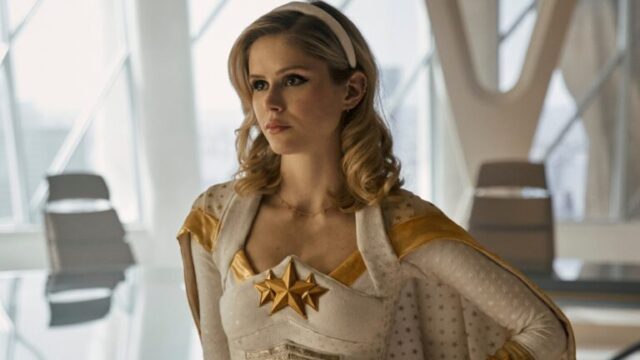 Kripke’s response was triggered by another Variety article detailing Moriarty’s revelation about the hate she received. On Wednesday, the 28-year-old New York native posted on Instagram about the “misogynistic trolling” she has been subjected to since her casting as Annie January/Starlight in The Boys in 2019. “I do feel silenced. I do feel dehumanized. I do feel paralyzed,” she said of the hate but remained defiant about allowing it to keep her down. “This has only strengthened my empathy muscle and to anyone who comes at me: I see you, I don’t hate you, I only empathize and forgive.”

Moriarty’s post received a huge response from fans, celebrities, and her peers, racking up nearly 150,000 “likes” within a day. She even received some love from her The Boys castmates, including Jack Quaid, who plays Hughie Campbell in the series. “Love you, Erin. We’re all here for you,” he said in a response to her post. “Keep shining bright. Leave the trolls to us. We got your back.” Other cast members, including Antony Starr, Chace Crawford, and Nathan Mitchell also responded with support.

Even Moriarty’s statement triggered some hate from fans, as well as some reasoned debate. Responses to the initial Variety tweet included those who wondered if even acknowledging the trolls would only empower them and encourage even more hate. Others said the “toxic fanbase” excuse is overused by actors and creators to stifle legitimate criticism, but that hardly seems to be the case here. Anyone familiar with Moriarty’s Instagram feed knows that she rarely, if ever, acknowledges the negativity in The Boys fandom. She seems comfortable embracing the adult themes and dark humor in the show, so her statements about the hate she has received must have come from a very personal motivation.

Erin Moriarty got her start in acting in 2010 on the soap opera One Life to Live, playing Whitney Bennett. Supporting roles in films and TV series followed, including Netflix’s Marvel series Jessica Jones, HBO’s True Detective, and ABC’s Red Widow. She earned high marks for her roles in the films Blood Father (playing Mel Gibson’s daughter) and Captain Fantastic, both released in 2016. Her role in The Boys, however, made her a recognizable star and earned her nearly 2 million Instagram followers.

The third season of The Boys premiered on Amazon Prime Video earlier this year, to high praise from fans, and shock from those unfamiliar with the hardcore adult content. Filming on the fourth season of the series is now underway, although a premiere date has not been announced. New cast members, including Jeffrey Dean Morgan, have been announced, however. Eric Kripke even changed his Twitter bio to reflect the progress of the new season, with the Supernatural creator stating “Look, we’re writing Season 4 as fast as we can, lay off, jeez.” In fact, Moriarty posted a picture from the set soon after her post about the sexist trolls she deals with, seemingly unfazed and ready to go back to work. She has two films due to premiere in 2023: True Haunting and Catching Dust.

The Crown To Stop After Queen Elizabeth’s Death?

The Worst Marvel Movie Is Now On Netflix