Following the death of Queen Elizabeth II on Thursday, Netflix’s The Crown writer, Peter Morgan, has come out to say that the show is “a love letter to her.” According to Deadline, Morgan stated in an email message he expects production of season 6 of the show “will stop filming” for an undisclosed amount of time. Morgan wrote that he “has nothing to add right now, just silence and respect.” The writer said he wouldn’t be making any public statements or further comments regarding the death of Queen Elizabeth II. The report adds that Netflix has long had plans in place in the event of the queen’s passing. One of the architects of the show, Stephen Daldry, commented on the queen’s death and possibly ceasing production of the next season. He mentioned that ceasing production would be a “simple tribute and a mark of respect.” 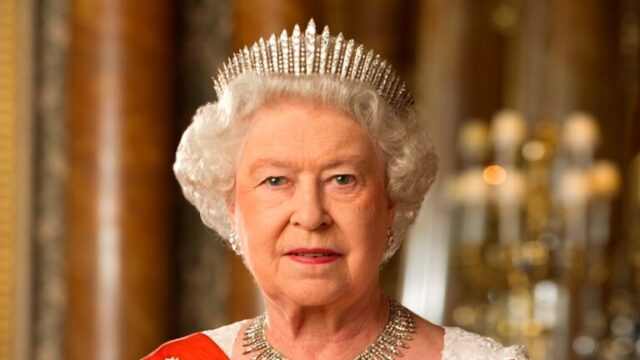 Netflix’s The Crown centers on Queen Elizabeth II’s reign. The first season covered the period from the queen’s marriage to Phillip, Duke of Edinburgh, to the disintegration of her sister’s engagement in 1955. The second season covered the Suez Crisis in 1956 to the birth of Prince Edward in 1964. From there, the series goes through the rest of the queen’s life, ultimately reaching the point of her reign in the 21st century. Both fans and critics have greatly praised the series for its storytelling, direction, cinematography, depiction of the queen’s life, and more.

During its run on Netflix, the series received numerous award nominations and wins, including a total of sixty-three Primetime Emmy Award nominations and winning twice for Best Television Series-Drama at the Golden Globes. The series has had three actresses portray the famous queen, including Claire Foy, Olivia Colman, and Imelda Staunton. Each season of the series came out in either November or December. It’s unclear when season 6 will hit the streamer.

The Crown owes a lot to Queen Elizabeth II, who “died peacefully” on Thursday, according to a statement from Buckingham Palace. News of the queen’s death came hours after the palace announced doctors expressed “concern” over her health. Members of the royal family gathered by the queen’s side at Balmoral Castle. Queen Elizabeth II was the longest-reigning monarch in Britain and the second-longest recorded of any monarch in any sovereign country. News reports revealed that the queen’s eldest son, Charles, Prince of Wales, will take her place on the British throne as King. His wife, Camilla, Duchess of Cornwall, will now be known as queen consort. President Joe Biden recently proclaimed that flags would be flown at half state in respect for the queen.

Related Topics:NetflixThe Crown
Up Next