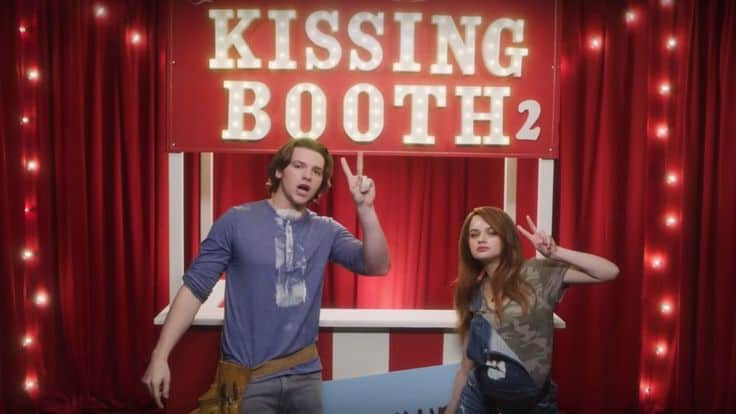 The Kissing Booth is surely one of the most popular American romantic comedy film written and directed by Vince Marcello. The film is said to be based on the Wattpad novel of the same name by Beth Reekles.

The story of The Kissing Booth revolves around Elle (King) a quirky, late-blooming teenager whose budding romance with high school senior and bad boy Noah (Elordi) puts her lifelong friendship with Noah’s younger brother Lee (Courtney) in jeopardy. The film might have received negative reviews from the critics, the film turned out a commercial success by Netlflix and they announced its sequel, The Kissing Booth 2.

The Kissing Booth 2 was supposed to release in May 2020 but the streaming giants have not announced the release date of as of yet. There are numerous reports suggesting that the release date of The Kissing Booth 2 could be postponed. For the unversed, the first movie premiered on Netflix and the filming for the sequel was concluded in August 2019.

The Kissing Booth 2: When is part 2 released on Netflix?

Those who have watched the first have been eagerly waiting to watch The Kissing Booth 2. However, there has not been any official announcement regarding the release date of The Kissing Booth sequel. If anything to go by the latest buzz, the Joey King and Jacob Elordi is likely to be delayed due to the ongoing COVID-19 outbreak.

The Kissing Booth was one of the most-rewatched Netflix movies of 2018, making it another hugely popular teen rom-com alongside To All the Boys I’ve Loved Before. The confirmation of The Kissing Booth 2 was made on the occasion of Valentine’s Day 2019.

The announcement of The Kissing Booth 2 might have made thousands of fans happy but it has led them to worry whether Jacob Elordi would be back as Noah Flynn as he was nowhere to be seen. However, Elordi has confirmed to reprise his role as Noah, along with Joey King as Elle Evans. Besides Jacob, Joel Courtney is also returning as Lee Flynn, Elle’s BFF and Noah’s brother.

According to reports, there will be some new faces in The Kissing Booth 2. Yes, Netflix has confirmed that Maisie Richardson-Sellers and Taylor Perez will be seen in the sequel.

Kissing Booth 2 trailer: When will it be out?

If anything to go by the previous pattern, fans will have to wait a while as Netflix dropped the trailer of The Kissing Booth only 10 days before the movie premiered on the streaming platform. Till then, you can just rewatch the first movie.

The Kissing Booth is available to watch now on Netflix.

Joker 2 Release Date, Trailer, Plot And Cast: When Will Joker’s Sequel Be Out?