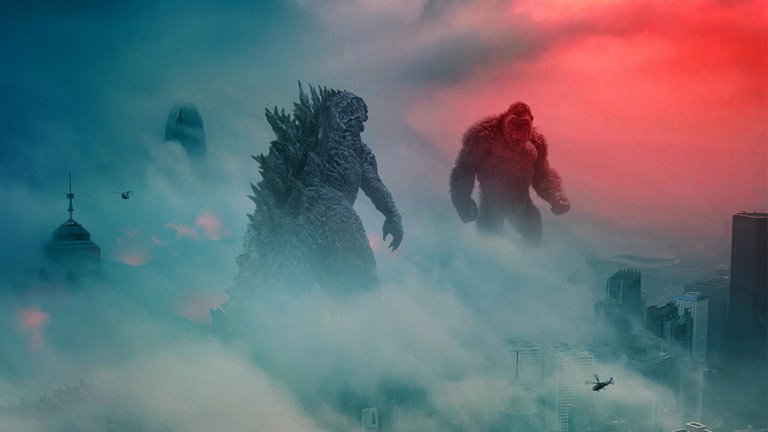 This one comes courtesy of IGN, and it features some bits of new footage including an underwater battle, a trip to the Hollow Earth, and a whole lot of destruction. At the very end of the trailer, a monstrous new threat is introduced, one that the marketing has *mostly* been keeping under wraps.

Ahead of the film’s arrival in theaters and on HBO Max on March 31st, you can check out IGN’s new trailer below. If you’d rather go in blind, however, maybe it’s best to skip this one.

In Godzilla vs. Kong…

“Legends collide as these mythic adversaries meet in a spectacular battle for the ages, with the fate of the world hanging in the balance. Kong and his protectors undertake a perilous journey to find his true home, and with them is Jia, a young orphaned girl with whom he has formed a unique and powerful bond. But they unexpectedly find themselves in the path of an enraged Godzilla, cutting a swath of destruction across the globe. The epic clash between the two titans—instigated by unseen forces—is only the beginning of the mystery that lies deep within the core of the Earth.”

Godzilla Vs. Kong is set to take place five years after the events of Godzilla: King of the Monsters, in which the Monarch organization now has an evil branch. However, it is not yet clear why Godzilla is attacking ordinary people, and some believe that Godzilla is in fact carrying out the activities planned by this terrorist organization. It is also said that Godzilla was probably designed and built with the remaining head and skull of Gidora in the movie King of the Monsters, which has not been officially confirmed yet.

Godzilla vs. Kong is the fourth film in the MonsterVerse, which kicked off with Godzilla in 2014 and continued with Kong: Skull Island in 2017 and Godzilla: King of the Monsters in 2019.

Godzilla Vs. Kong is scheduled for release on March 31, 2021 on HBO MAX