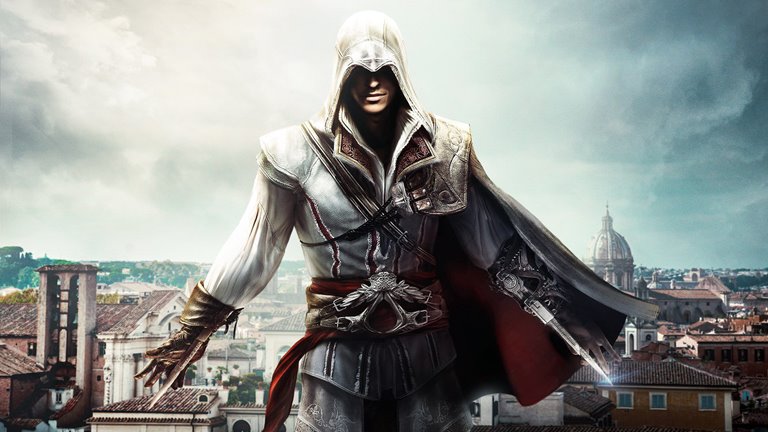 Sharpen your hidden blades and pull up your hoods: Ubisoft and Netflix announced that a live-action Assassin’s Creed series is officially in development. The TV show does not currently have a title or a showrunner, but Ubisoft Film & Television head Jason Altman and director Danielle Kreinik will executive produce the project.

Netflix’s @NXOnNetflix Twitter account, which covers the service’s science-fiction and fantasy titles, tweeted the news with an animated teaser putting the Netflix symbol in the center of the classic Assassin’s “A.”

Whispers of an Assassin’s Creed collaboration between Netflix and Ubisoft have been around since 2016, when Ubisoft CEO Yves Guillemot announced that the game company was in talks with the streaming service on an unnamed, but potentially Assassin-y project. That announcement came shortly before the live-action Assassin’s Creed movie starring Michael Fassbender took a leap of faith and missed the haystack in late 2016, becoming one of the worst reviewed movies of the year (it has 18% on Rotten Tomatoes to this day) and dampening fan faith in Ubisoft’s ability to pull off an Assassin story in a non-game format.

In 2017, Castlevania producer Adi Shankar confirmed that Ubisoft tapped him to produce an Assassin’s Creed anime, but did not confirm at the time if that project was for Netflix specifically. Whether or not the animated series is still on the table or if this live-action story will replace Shankar’s anime in Ubisoft’s efforts to televise the Assassin’s Creed IP is currently not known.

In the press release for the new series, the Netflix project’s goals include “carefully crafting epic and thrilling entertainment based on this distinct IP and provide a deeper dive for fans and our members around the world to enjoy,” which is vague enough to mean almost anything. This show could revisit well-known game characters like Ezio Auditore, the Kenways, and Shaun Hastings; focus on new generation standouts like Layla Hassan, Aya, and Kassandra; or star an entirely new set of characters.

Going by the reaction to the Assassin’s Creed movie, some of those options may be better than others.

Fans were disappointed that the movie didn’t have many recognizable characters and relegated some of its most beloved Assassins to blink-and-you’ll-miss-it Easter eggs, so the TV series could benefit from casting live-action versions of old standards like Ezio Auditore, the Kenways, Aveline de Grandpré, and the Frye twins for cameos or smaller arcs. Multiple historical settings are difficult to nail and prohibitively expensive, however, so unless Ubisoft and Netflix are ready to throw down serious money on the streets of Florence, Philadelphia, New Orleans, London, and who knows where (and when) else, big callbacks may be a long shot.

Layla is the current face of ‘Assassin’s Creed’s’ modern plot, and casting a live action Layla as the central Assassin in the TV series would connect the show to the games in a deeper way.

The movie also starred an all-new character to ground the film’s modern day plot, which required an emotional buy-in for a complete stranger in the franchise’s already convoluted contemporary-era story. Luckily, the past two Assassin’s Creed games, Origins and Odyssey, as well as the upcoming Valhalla, introduced the fanbase to Layla Hassan, an Abstergo defector who was recruited for the Assassins by Desmond Miles’ father, William. Layla is the current face of Assassin’s Creed’s modern plot, and casting a live-action Layla as the central Assassin in the TV series would connect the show to the games in a deeper way.

Ubisoft’s reputation took a nosedive this year when several high-profile executives resigned after the release of “reports detailing a toxic workplace where sexual misconduct allegations [were] an alarmingly common occurrence.” One of those ousted executives, Chief Creative Officer Serge Hascoët, was at the center of another investigation in which he and his team claimed “female protagonists wouldn’t sell” and instructed developers to diminish the roles of women protagonists in several Assassin’s Creed games.  The company also apologized this year after images from Tom Clancy’s Elite Squad appeared to visibly equate the Black Lives Matter movement with anarcho-terrorism.

So, uh. They’d really do themselves a favor if the Assassin’s Creed Netflix show starred a woman of color like Layla Hassan, especially one whose Assassin cell includes another woman in Dr. Victoria Bibeau, as well as the Japanese Assassin Kiyoshi Takakura. Just throwing that out there as free advice.

The live-action series may tie into the games or it may not, it may star familiar faces or it may not, and it might be a Netflix success on par with previous “basically a video game adaptation” superhit The Witcher. Or it might not. There isn’t a lot of information right now, so the real Assassin’s creed absolutely applies: Nothing is true; everything is permitted. Speculate away!

Everything coming to Amazon Prime Video in November 2020