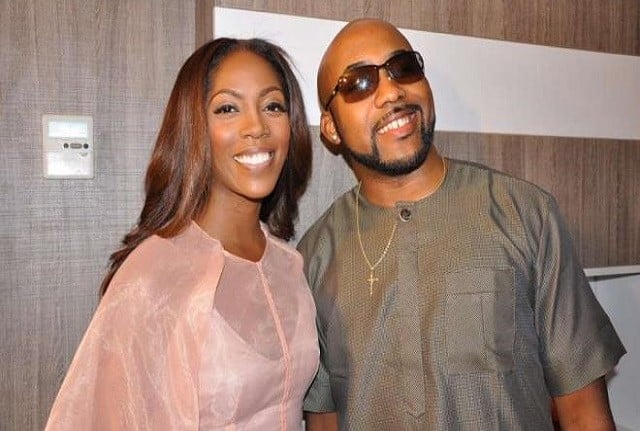 Tiwa Savage in an interview with Vanguard newspaper decided to open up on her life, music and her most embarrassing moment.

According to her, she said:

“My dress for my stage performance at 2face’s album launch arrived very late. Literally, it came in 5 minutes before I was supposed to mount the stage.

“I didn’t have time to try it on before my performance. The MC announced: ‘Next on stage is rising star, Tiwa Savage.’ So I quickly put it on.

As soon as I was walking up stage, the zip ripped at the back and I didn’t even realise. “Banky saw it and was like ‘Oh my God! Your whole back is opened.

“I was really embarrassed; just like he saw me Unclad” Tiwa said, adding that they tried to pin her up but all the while the band and everybody was on stage.

Tagbo’s Ghost Appears To Lady And Drops Message For Her

Bobrisky Boasts Of Having 40 million In Two Banks